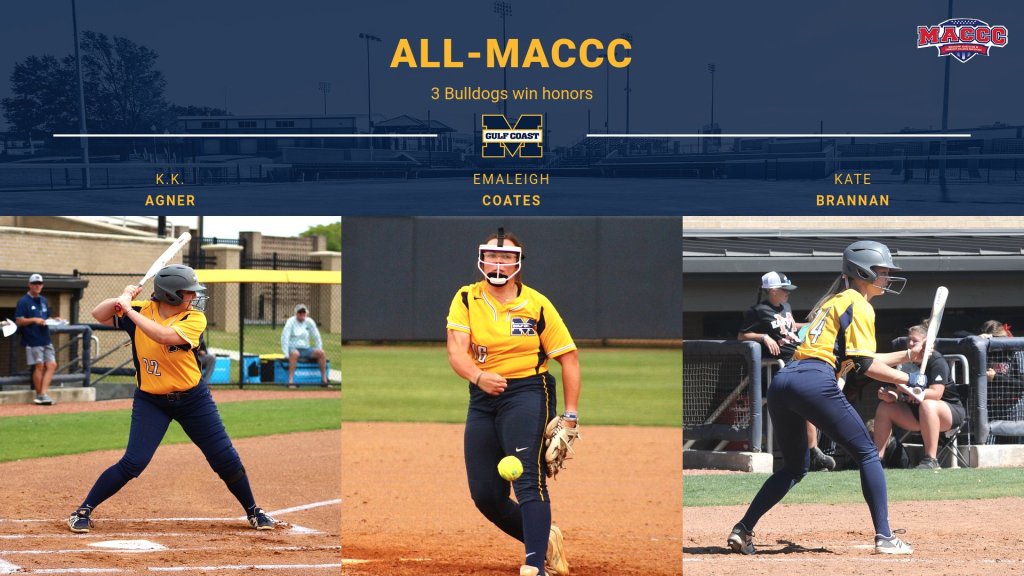 She earned First Team honors for the second straight season, with Emaleigh Coates and Kate Brannan being named to the Second Team. It was the second year Coates has been named All-MACCC.

Agner , a sophomore first baseman from Horn Lake, led Gulf Coast with 10 home runs and 34 RBI while batting .366. Her .687 on-base percentage was ninth-best in the conference, and her slugging percentage of .687 was 10th.

Coates, a sophomore pitcher/third baseman from Lucedale, led Gulf Coast pitchers in wins (9), ERA (3.60) and strikeouts (134). She was third in the MACCC with 9.29 strikeouts per game and fifth with four shutouts. Coates was also a menace at the plate with a .331 batting average, four home runs and 30 RBI.

Brannan, an outfielder from Enterprise, batted .324 with two home runs in her first collegiate campaign.