Turner Swistak shuts out Hinds in No. 2 Pearl River’s split 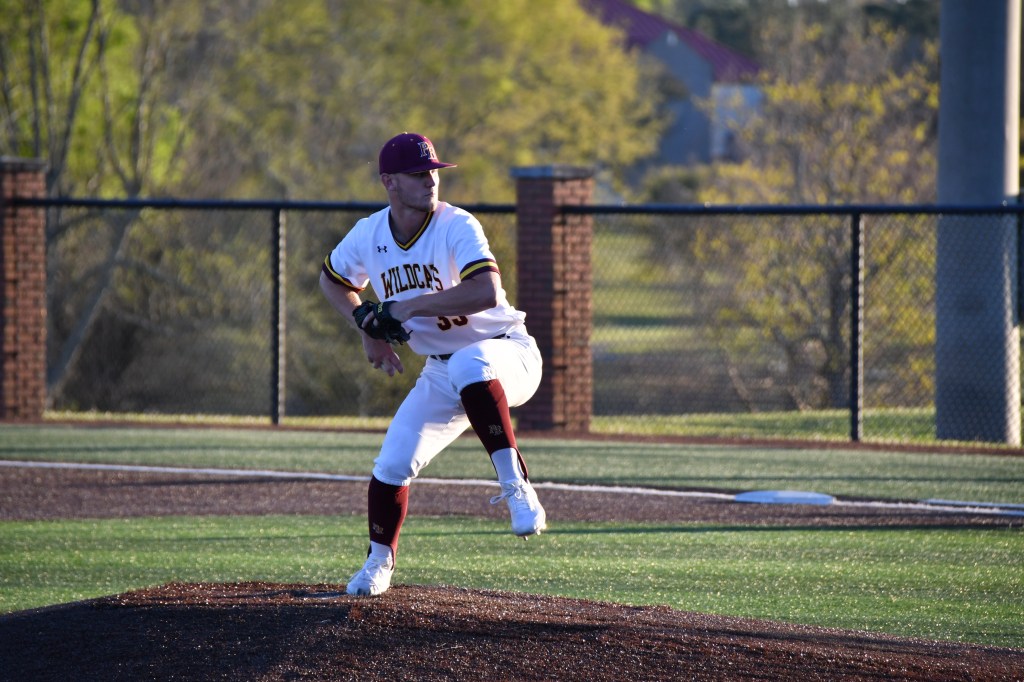 POPLARVILLE, Miss. — No. 2 Pearl River baseball’s Turner Swistak (Hattiesburg; Oak Grove) turned in a complete-game shutout in a 10-0 run-rule victory over Hinds in game one of the day. The Wildcats fell just short of a comeback in game two, losing 5-4.

“We didn’t play well in the first three innings of game two,” head coach Michael Avalon said. “You look at the scoreboard and we got beat in every facet in the second game. That’s frustrating. We beat their better arm in game one and had them where they wanted them in game two, but credit to them because they did what they needed to do to get a win.”

Swistak earned the start in game one and turned in one of his best performances of the year. The right-hander worked into some trouble in the top of the first frame but found his way out of it and was on cruise control the rest of the evening.

The Wildcats (26-8 overall; 14-4 MACCC) quickly got on the scoreboard, taking a 1-0 lead in the first inning. John Griffin Bell (Mobile, Ala.; Faith Academy) grounded a ball to the right side for an infield single. He then stole second base and advanced to third on an overthrow by the catcher. The Hinds (21-13; 14-6) pitcher then balked to bring him home.

PRCC added on a pair of runs in the second inning to go on top 3-0. Matt Mercer (Richton; Petal) and Ian Montz(Lafayette, La.; Acadiana) got the inning started with back-to-back singles. Mercer swiped third base and then scored on a Logan Walters (Petal) chopper to shortstop. A few pitches later D.K. Donaldson (Gulfport; West Harrison) reached base on a fielder’s choice and Taylor Woodcock (Pass Christian; West Harrison) promptly brought him home with a double deep into the left-center field gap.

The Wildcats added an insurance run in the fourth inning when a Hinds pitch got away from the catcher and allowed Walters to cross home plate for a 4-0 lead.

The big blow for Pearl River came in the fifth inning of play. Tate Parker (Gulfport; West Harrison) and Alex Perry (McComb; North Pike) drew walks before Mercer was hit with a pitch to load the bases for Montz. The right fielder took the first two pitches of his at-bat before unloading on the 1-1 pitch for a moonshot grand slam. The blast made the score 8-0.

The Wildcats put the game to rest in the sixth inning of the contest. The frame began with a single by Bell and a walk from Parker. Perry then lined an RBI single into right field and Mercer ended the game by driving in the 10th run of the contest with a single between the third baseman and shortstop.

“Turner was really good,” Avalon said. “That’s what we expect out of him. He’s obviously not going to be that clean every time out, but that was really good.”

Mercer went 3-for-3 at the plate with one RBI and two runs scored. Montz finished 2-for-3 with four RBIs. Bell and Donaldson rounded out those with multiple hits, collecting two.

Hinds grabbed the lead in the top of the first on a two-run double and added an insurance run in the second inning to make it 3-0.

The Wildcats cut the deficit to one run in the bottom of the second frame. After Montz drew a four-pitch walk, Preston Soper (Madison; Germantown) stepped to the plate and belted the second pitch of his at-bat over the right field wall to make the score 3-2.

Hinds added on two more runs in the third inning on a Wildcat miscue and an RBI single to extend the lead, 5-2.

The Wildcats threatened in the bottom of the fifth inning as two runners got on base, but Hinds turned a double play to end the frame.

Pearl River tried to rally in the bottom of the seventh inning. A run crossed the plate after Perry grounded out and another scored after an error, slicing the Wildcat deficit to one run. Pearl River got another runner into scoring position but was unable to get the last hit it needed, falling 5-4.

Parker and Woodcock were the only Wildcat hitters with multiple hits, tallying two apiece.

Pearl River returns to action Friday with a doubleheader against Itawamba. The games are set to get underway at 2 p.m.