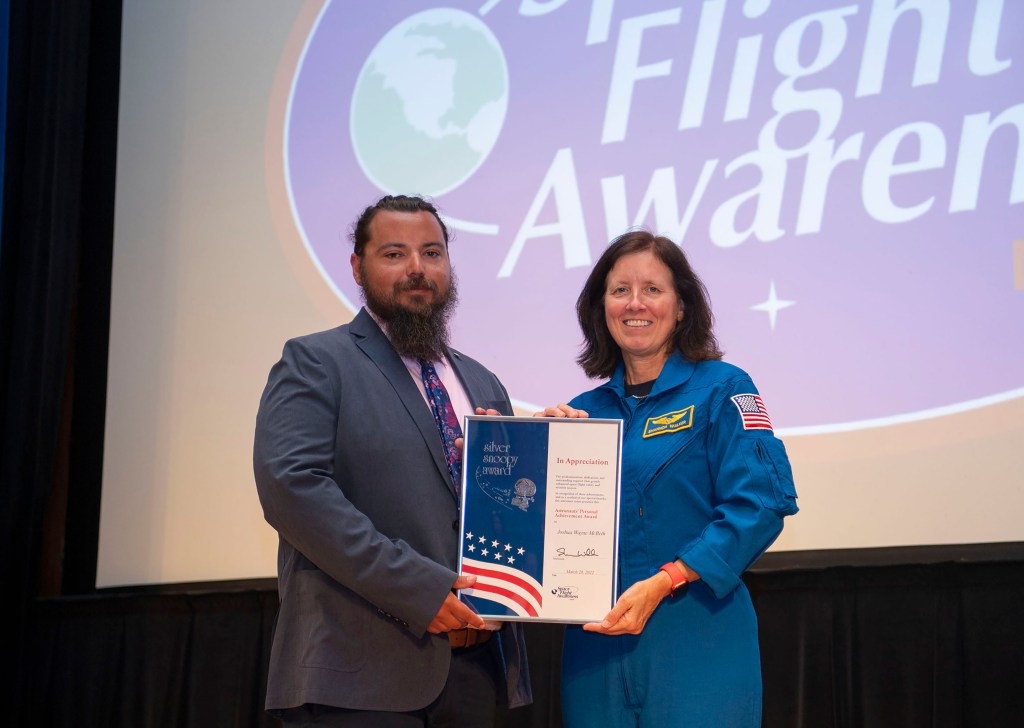 McBeth is a metrology technician with Aluttiq Essential Services at Stennis. He was honored for his dedication to duty, selfless service, and commitment to excellence in support of multiple NASA and Stennis test operation projects while serving as a laboratory technician and metrology technician in the Stennis Measurement Standards and Calibration Laboratory. McBeth’s efforts directly supported the recent Space Launch System core stage test series, and he continues to support and positively impact other Stennis test operations.

Prior to becoming an astronaut, Walker worked for Rockwell Space Operations Company at NASA’s Johnson Space Center in Houston as a robotics flight controller for the Space Shuttle Program. She also served as flight controller for several space shuttle missions and later joined NASA to work on the International Space Station Program. She was selected as an astronaut candidate by NASA in 2004 and is a veteran of two spaceflights.

NASA’s SFA Program recognizes outstanding job performances and contributions by civil service and contract employees throughout the year and focuses on excellence in quality and safety in support of human spaceflight. The SFA Silver Snoopy Award is the astronauts’ personal award and is presented to less than 1 percent of the total NASA workforce annually. The award is presented by a member of the astronaut corps representing its core principles for outstanding flight safety and mission success.

For information about Silver Snoopy and other Space Flight Awareness awards, visit: