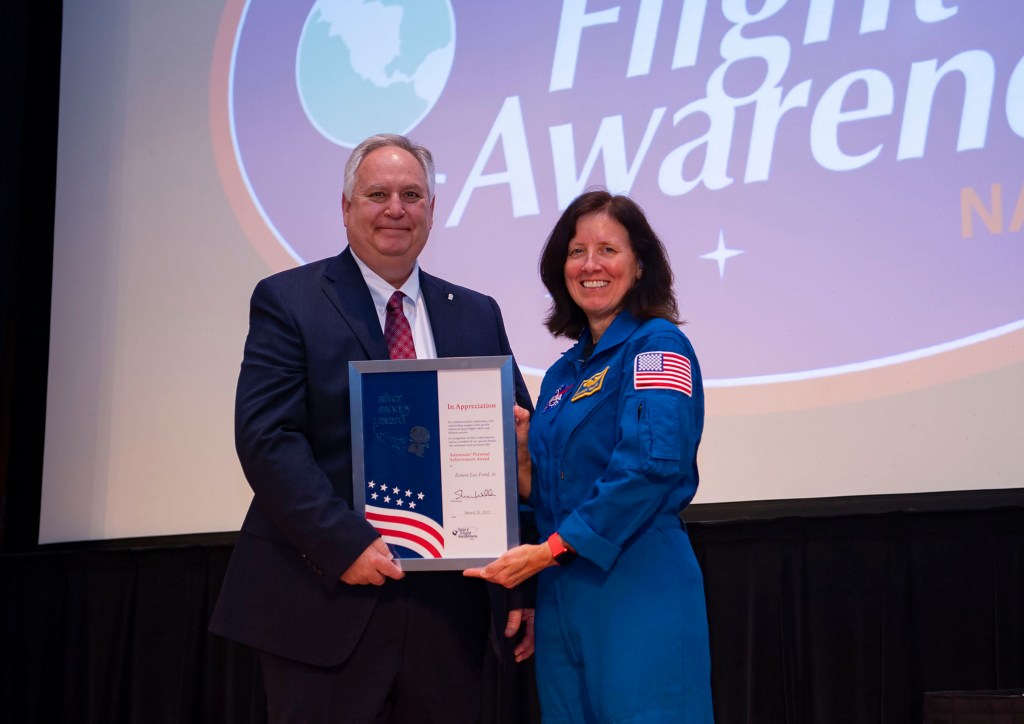 Ford is a senior manufacturing engineer with Aerojet Rocketdyne at Stennis. He was honored for his long-term service to NASA human spaceflight programs at Stennis and his work as the RS-25 engine adaptation lead for the Space Launch System propulsion system. Ford’s engineering leadership, dedication, attention to detail, and processing expertise in updating heritage space shuttle main engine to the RS-25 configuration greatly contributed to success of the project.

Prior to becoming an astronaut, Walker worked for Rockwell Space Operations Company at NASA’s Johnson Space Center in Houston as a robotics flight controller for the Space Shuttle Program. She also served as flight controller for several space shuttle missions and later joined NASA to work on the International Space Station Program. She was selected as an astronaut candidate by NASA in 2004 and is a veteran of two spaceflights.

NASA’s SFA Program recognizes outstanding job performances and contributions by civil service and contract employees throughout the year and focuses on excellence in quality and safety in support of human spaceflight. The SFA Silver Snoopy Award is the astronauts’ personal award and is presented to less than 1 percent of the total NASA workforce annually. The award is presented by a member of the astronaut corps representing its core principles for outstanding flight safety and mission success.

For information about Silver Snoopy and other Space Flight Awareness awards, visit: