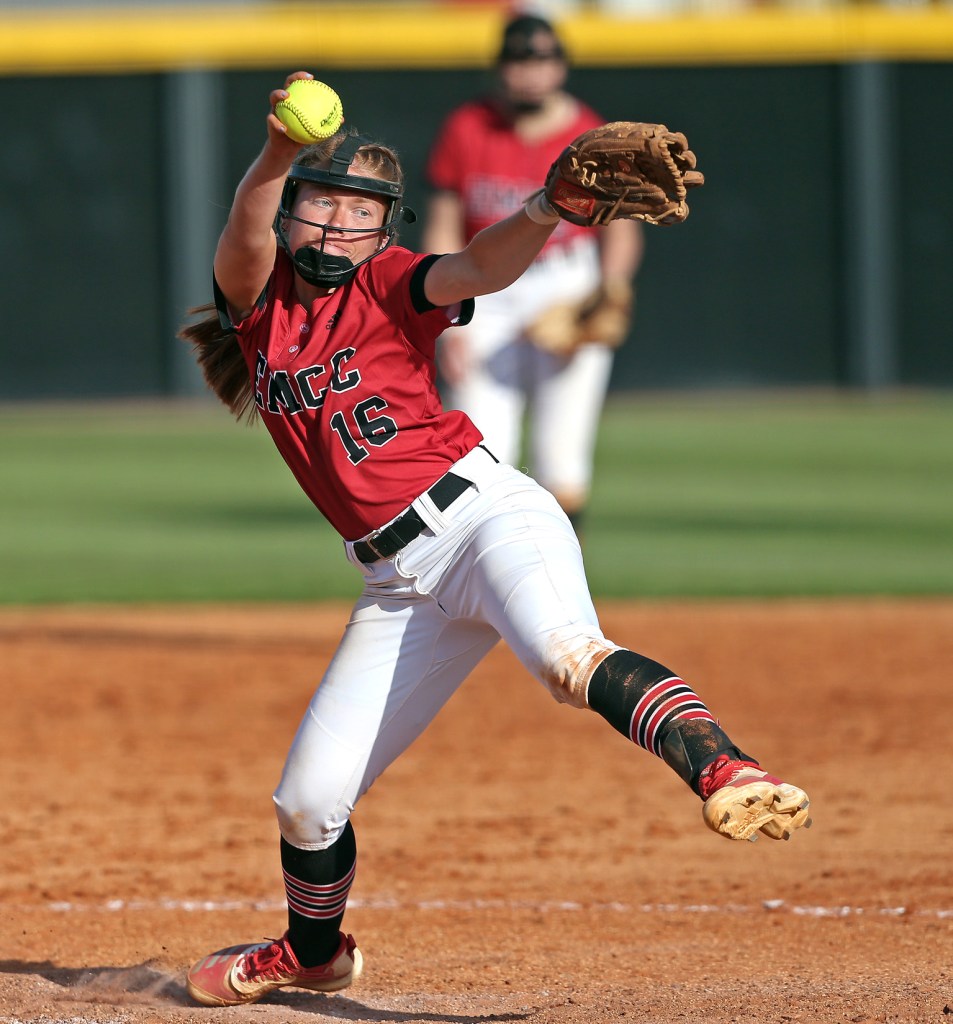 With only 11 available players and without the services of their top pitcher Laken Firth due to a hand injury, the Lions fell 21-1 and 14-4 to the visiting Wildcats.

In Saturday’s opening game, the Wildcats put up seven runs during each of the first two innings and scored in all five frames off EMCC pitchers Taylor Watkins and Meleah Pogue.

In the nightcap, EMCC starting pitcher Maggie Meadows held the Wildcats scoreless through the first two innings before the visitors exploded for 10 runs while sending 14 batters to the plate in the third.

The Lions answered PRCC’s four-run fifth inning by scoring four runs of their own in the bottom half of the frame. A leadoff infield hit by Abby Stephens was followed by walks to Pogue and Aislynn Cochran to load the bases. Meadows then singled in EMCC’s first run in front of Jenna Kirkland’s bases-clearing, two-out double.

Coach Whitney Hawkins’ EMCC Lions (4-27, 0-12) are scheduled to take on Northeast Mississippi in a Wednesday (April 6) home doubleheader before traveling to Perkinston to meet Mississippi Gulf Coast on Saturday (April 9).