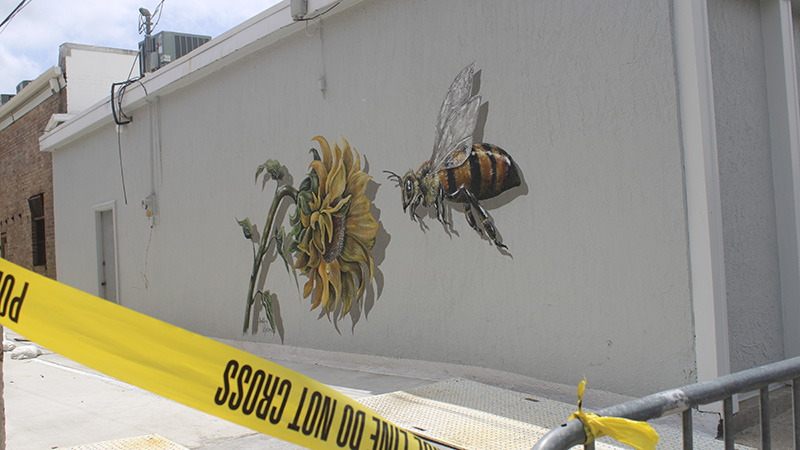 This mural painted by Ashely Mason as part of the second phase of the Picayune Main Street Inc. alley project is just one of many improvements planned for the project. Photo by David Thornton Jr.

Just like the first phase, West Canal Street will be home to the second phase of the alley project. It too will feature picnic tables, stylish furniture and a stage to host live performances. The new alley and its murals will focus on the history of Picayune.

So far the West Canal Street alley has been power washed and cleaned, one mural is already complete and the stage is erected with the backdrop  undergoing a new paint job. The alley is near completion and all that needs to be done are several installations.

“Hopefully it will be ready to go in about two weeks,” said Picayune Main Street Inc. Director Reba Beebe.

Two more murals will be part of the project, and all the furniture is in hand and awaiting installation. Installation of the furniture will begin once a cover is installed over the stage, and painting is done on the stage’s backdrop. A fence will also be installed inside the alleyway.