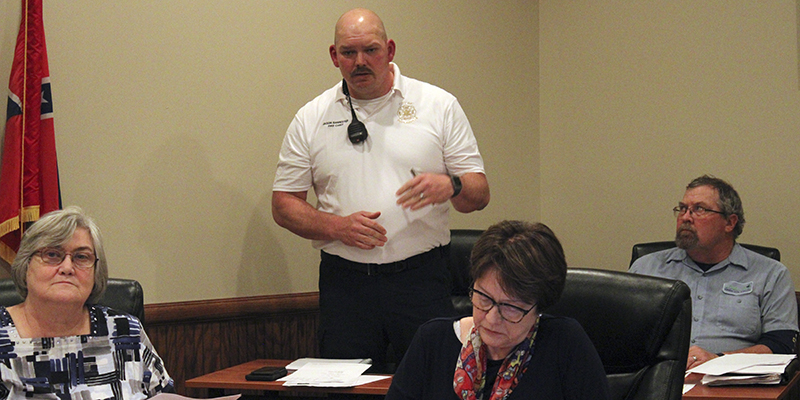 The Poplarville Fire Department addressed recent concerns lodged by the community regarding a new district boundary. Poplarville Fire Chief Jason Bannister took to Facebook to provide information and clarification to the community.  The post clarified that the department services the residents of the city of Poplarville and that a recent contract with the Pearl River County Board of Supervisors will provide fire protection for some areas not within the city limits but are landlocked by the city limits.

In an interview with the Item after that post Bannister said, “I think people are under the impression that if they have a Poplarville address that they live in the Poplarville fire district… I don’t think a lot of them understand that we are only a fire department for the city limits.” He said.

Near the end of 2021 the fire department contracted a two-way agreement with Pearl River Country that expanded the district’s boundaries. Bannister said the expansion has doubled the land within the district but didn’t add many homes.

“We didn’t take a lot more people, we took a lot more land,” he said.

“We can provide any firefighting services, we do have a ladder truck, and we do have multiple people with different kinds of specialized rescue specifications such as HAZMAT, rope rescue, water rescue, we can provide just about any service,” said Bannister.

“We are not set up to supply the same services that we do inside the city,” said Bannister.

Since the expansion of the district, the department’s call and response have been going smoothly. Bannister said the fire department tries to help anybody they can, and seeing a Poplarville fire truck doesn’t necessarily mean firefighters are responding a call within the city.

“We may just be helping someone else out there,” he said.

A visual representation of the new fire district boundaries can be found on the Poplarville Fire Department’s Facebook page.