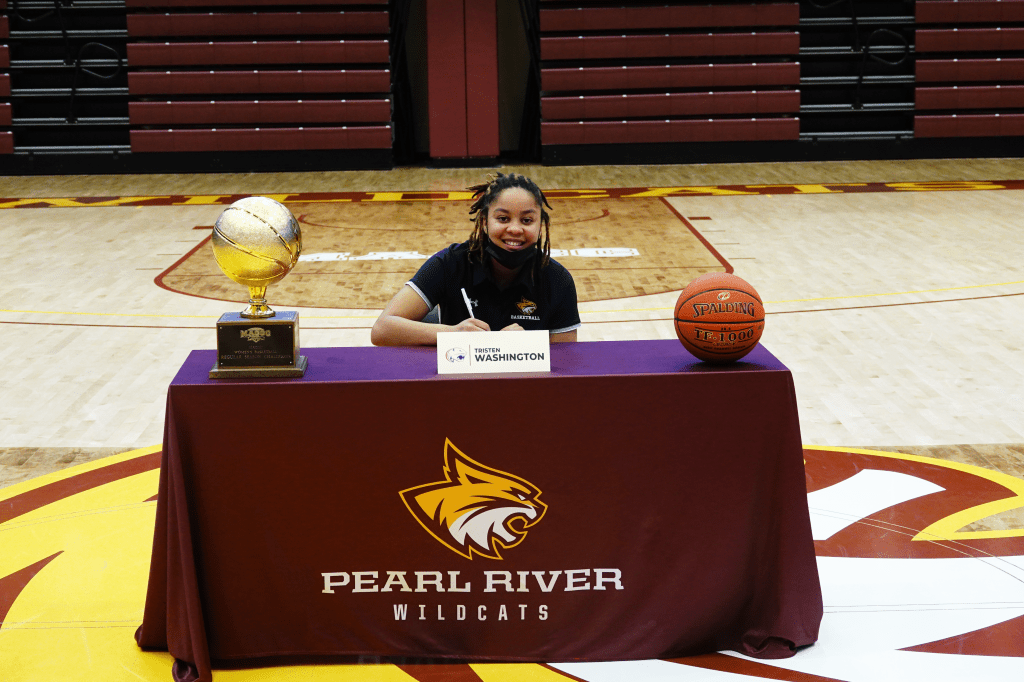 “Tristen had a lot to do with our success this season, leading us to our first state championship in 28 seasons,” Pearl River coach Scotty Fletcher said. “The thing about it is that she took full advantage of the junior college system and the way it is set up both from an academic standpoint and an athletic standpoint. She came in here after a good two years at Northwestern State, she produced on the court and her statistics back her up on that.

“South Alabama is not only getting a proven winner but a proven person. She will embody everything that they stand for. She will be involved in the community, be a servant leader and be a great teammate. She will be someone that you can win on and off the court with.”

Washington made the most of her one season in the maroon-and-gold, leading the Wildcats to their first MACCC crown since 1994, an NJCAA ranking as high as No. 22 and a 22-6 record. The guard led the team offensively, averaging 10.2 points per game. She also finished the year with 2.1 rebounds per game, 1.7 assists per game and 1.2 steals per game.

During the 2021-22 campaign, Washington finished in double figures 14 times, including a stretch of 10 consecutive games. She hit the 20-point mark twice during the season in road contests against Holmes and Copiah-Lincoln.

The new Jaguar enjoyed her time as a Wildcat.

“This year was like a breath of fresh air for me,” she said. “It was fun, the coaches were fun and playing with my teammates has been one of the best things that I have experienced. Pearl River will always have a special place in my heart. It really means a lot to me.”

Finding somewhere that she fit in perfectly played a role in her decision.

“South Alabama felt like a great place,” Washington said. “I got to meet the community, organization, coaches and players when I went on my visit, so I just felt like it was going to be a great place for me. I wanted to go somewhere that was right.