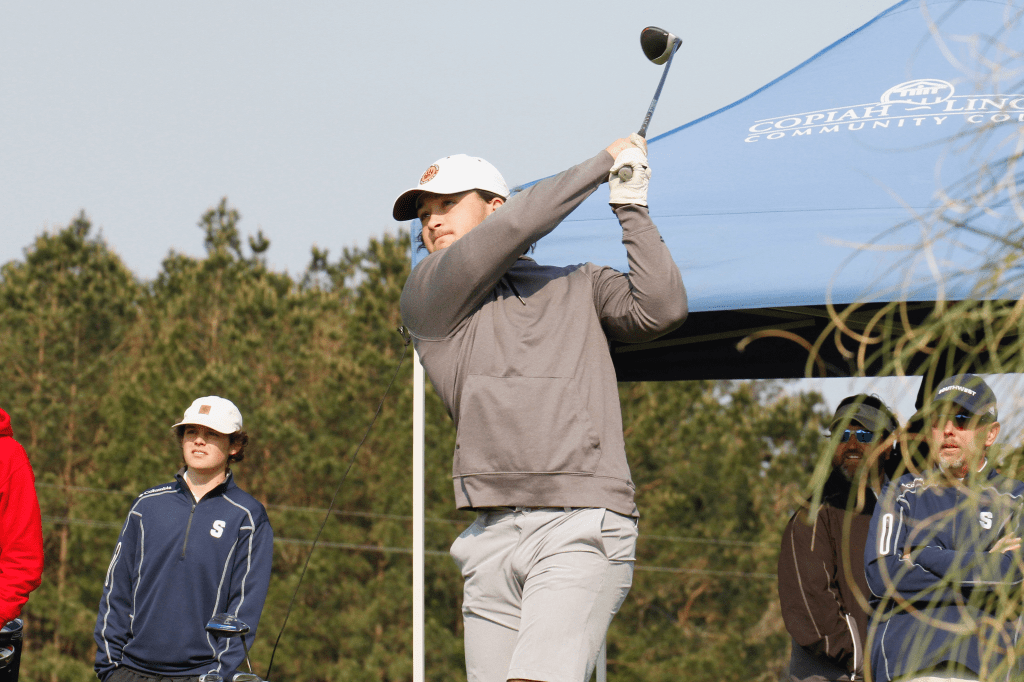 WESSON, Miss. — In its first season since the revival of the program, the Pearl River golf team has qualified for the Region 23 tournament. The Wildcats earned their spot in the tournament after grabbing a fifth-place finish in the Mississippi Association of Community Colleges Conference tournament at Wolf Hollow Golf Course in Wesson.

“When they were going through the top five teams, they got to us and said, ‘In its first year back, going to regionals is Pearl River Community College.’ It was just the fact that all the schools out there recognized us and know that we’re back on the map,” coach Coby Scarborough said. “They know we could have something special here in a few years. I’m super happy for the guys going to regionals with us. They put a lot of hard work into this season. They’re out here every day grinding and practicing, and I couldn’t be happier for these student-athletes.”

The Wildcats held the fifth-place position on both days of the tournament, shooting a 337 on the first day before taking 325 on day two for a total of 662.

Hunter Robinson (Purvis) led the way for the Wildcats, taking home a 16th place finish. He shot an 80 on the first day before shooting an 82 on the second.

“Hunter has been our lead horse this season,” Scarborough said. “Hunter is solid. I know what I am going to get out of him every round just about.”

Quentin Baker (Poplarville) tied for 19th by shooting an 83 in round one and 81 in round two.

“We had a chance to go really low this week, but we had some brutal conditions,” Scarborough said. “There were 19 mile per hour winds on Friday, so the course conditions were difficult, but Hunter and Quentin both put in solid scores that day.”

Isaac Hickman (Picayune) grabbed 21st place with an 89 and 78 as his scores after the first and second round, respectively.

The course and dates have not been finalized for the Region 23 tournament but will be decided soon.