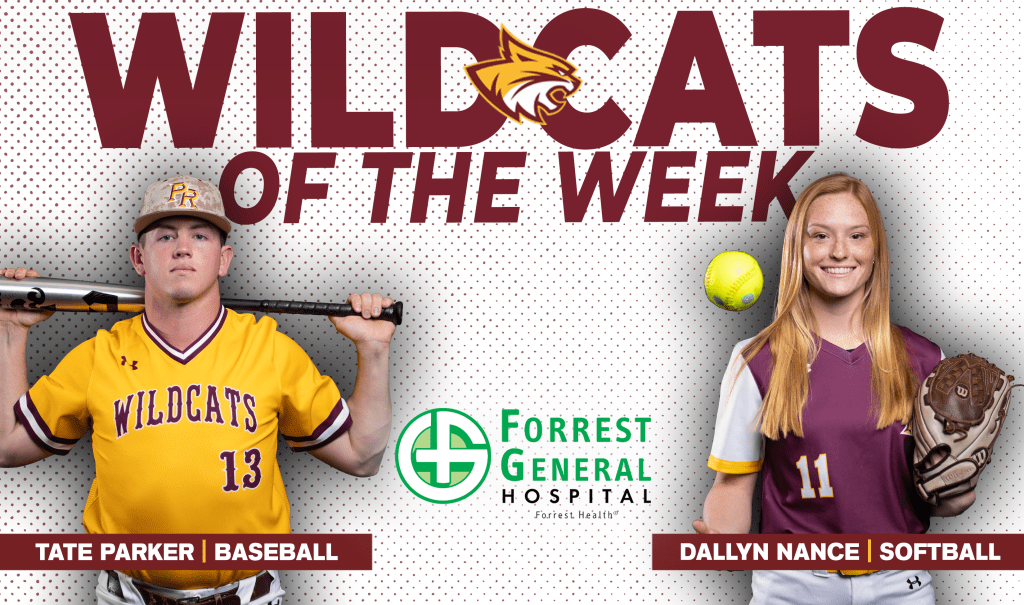 Nance put on a show at the plate in doubleheaders against No. 2 Copiah-Lincoln and Holmes. She finished the week with a .500 batting average, four doubles, three RBIs, one run and two stolen bases.

In the second game of Pearl River’s doubleheader with Copiah-Lincoln, Nance finished the game 3-for-3 with three doubles.

The freshman has been a threat in the batter’s box all season as she currently holds a .356 batting average with seven doubles, one triple, one homer and 13 RBIs.

Tate Parker had one of the most dominant performances of his Pearl River career last week in doubleheaders against Copiah-Lincoln and Holmes. Through the four games, he held an .800 batting average with three homers, one double, eight RBIs, nine runs scored and five walks. He also stole four bases.

In the first game of PRCC’s doubleheader against Holmes, Parker finished 5-for-5 with three home runs and five RBIs.

The reigning MACCC Player of the Year and NJCAA First Team All-American is having another impressive season in the 2021-22 campaign. In 32 games, he has a .475 average, .529 on-base percentage and .907 slugging percentage. He has collected 45 RBIs, 13 homers, six doubles, three triples, 11 walks and 13 stolen bases.

Baseball returns to action tomorrow in an important matchup with Hinds. The games are set to get underway at 3 p.m.

Softball hits the road tomorrow to take on Hinds. The games have been moved up to 12/2 p.m. due to expected inclement weather and can be viewed at HindsCCSports.net.