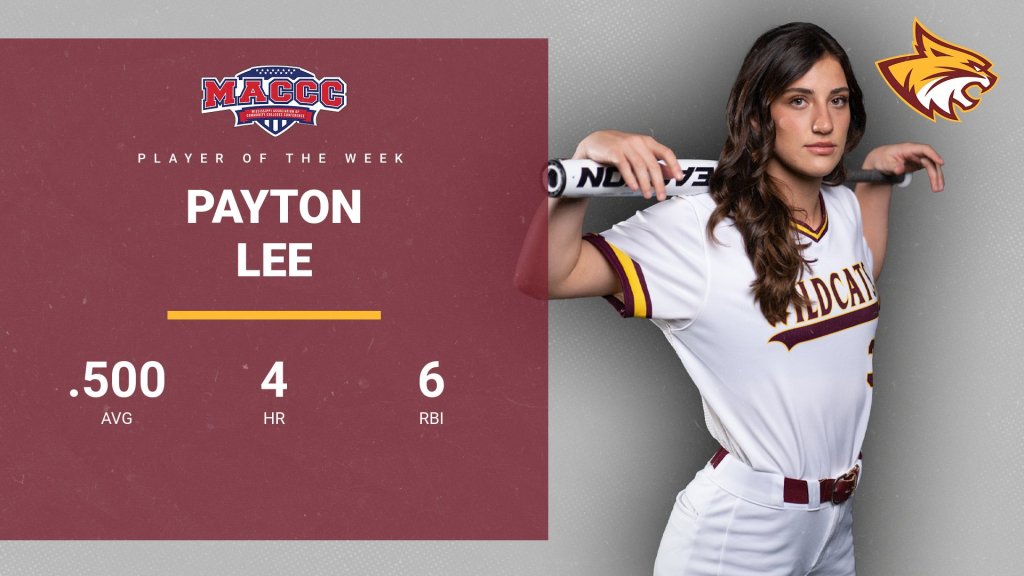 POPLARVILLE, Miss. — One day after being named Forrest General Wildcat of the Week, No. 9 Pearl River softball’s Payton Lee (Picayune; Pearl River Central) has been named the Mississippi Association of Community Colleges Conference Player of the Week.

Lee is the second Pearl River softball team to be honored by the conference along with five-time Pitcher of the Week Brinson Anne Rogers (Statesboro, Ga.).

The sophomore was unbelievable in the batter’s box last week for the Wildcats. In doubleheaders against Meridian and Mississippi Delta, the center fielder finished the week with a .500 batting average and an incredible 1.583 slugging percentage while hitting four homers and one double. She collected six RBIs, five runs and walked once.

Lee has been a threat at the plate all season for PRCC as she currently leads the team in homers with seven while being tied for the lead in RBIs with 26. She has a .282 batting average, four doubles, two triples and 23 runs.

Pearl River hits the road Tuesday to take on Southwest. The doubleheader is set to get underway at 3 p.m. and can be watched at Go.SMCCBears.TV.