No. 9 Pearl River slugs its way to sweep of Southwest 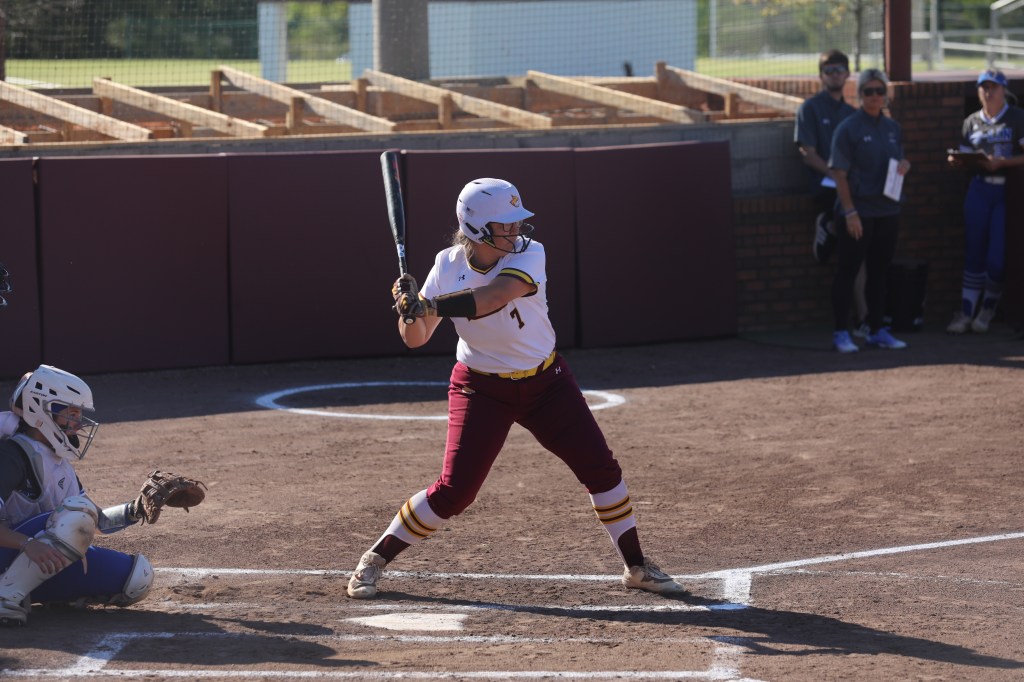 Pearl River has also officially clinched a spot in the MACCC tournament.

“I am so proud of this team,” head coach Christie Meeks said. “All week we have used the word Mudita, which means your success is my success, and wanting it for each other. We all felt that tonight and every person on this team contributed to these wins today.”

“I’m very proud of our pitching staff for working together and being consistently tough throughout the season,” she said.

GAME ONE
Game one started with a pitchers’ duel for the first two innings. Pearl River (29-14 overall; 19-7 MACCC) got things going in the third with back-to-back singles by Dallyn Nance (Nanih Waiya) and Hannah Miller (Kokomo; West Marion). Julianah Overstreet (Vancleave) was then hit by a pitch to load the bases with no outs in the inning. Payton Lee proceeded to blast a grand slam over the left field wall to break things open 4-0 in favor of Pearl River. Cassidy Cartwright (Poplarville) reached after being hit by a pitch and came around to score shortly after on a passed ball. The Wildcats went on to load the bases again, this time with two outs for Overstreet who proceeded to blast a 1-1 pitch over the center field wall. The blast was the second grand slam of the inning and gave Pearl River a 10-0 lead.

The Wildcats struck again in the fourth on a Miller sacrifice fly to drive in Emily Rigney (Waynesboro; Wayne County). Overstreet and Lee continued the scoring by launching back-to-back home runs, setting the score at 14-2.

Brinson Anne Rogers (Statesboro, Ga.) shut the door in the fifth to give the Wildcats the run-rule victory, 14-2.

Rogers tossed all five innings for the Wildcats allowing two runs on a hit. She struck out 13 batters.

GAME TWO
Pearl River struck first in game one through an RBI double by Miller that drove in York.

The Bears responded immediately in the bottom of the inning with a three-run home run to take the lead 3-1.

Pearl River equalized in the third after Cartwright lined a ball into right field driving in Nance and Overstreet, tying the game at 3-3. Southwest again took the lead courtesy of a sacrifice fly.

From there both pitchers found their rhythm and matched each other pitch-for-pitch.

Pearl River struck again in the sixth with a clutch two-out triple by Nance that scored Madi Waters (Laurel; West Jones) and Rigney to give the Wildcats a 5-4 lead.

The Wildcat defense came through with a clutch play at the plate shortly after, throwing home to get out the tying run in the sixth.

Overstreet led off the Wildcat half of the seventh with her third home run of the day to extend the lead 6-4. Jena Pacheco (Vancleave) continued the scoring shortly after, driving in Lee. York then drove in Cartwright and Rigney adding on to the lead 9-4. The Wildcats were not done there as Nance blasted a two-run home run over the left field wall setting the score at 11-4.

Rogers shut the door in the seventh to preserve the win 11-4.

Rogers pitched the final 2 1/3 innings. She allowed no runs on a hit and struck out three.

UP NEXT
The Wildcats return home on Friday against Northeast. First pitch is set for 2 p.m.