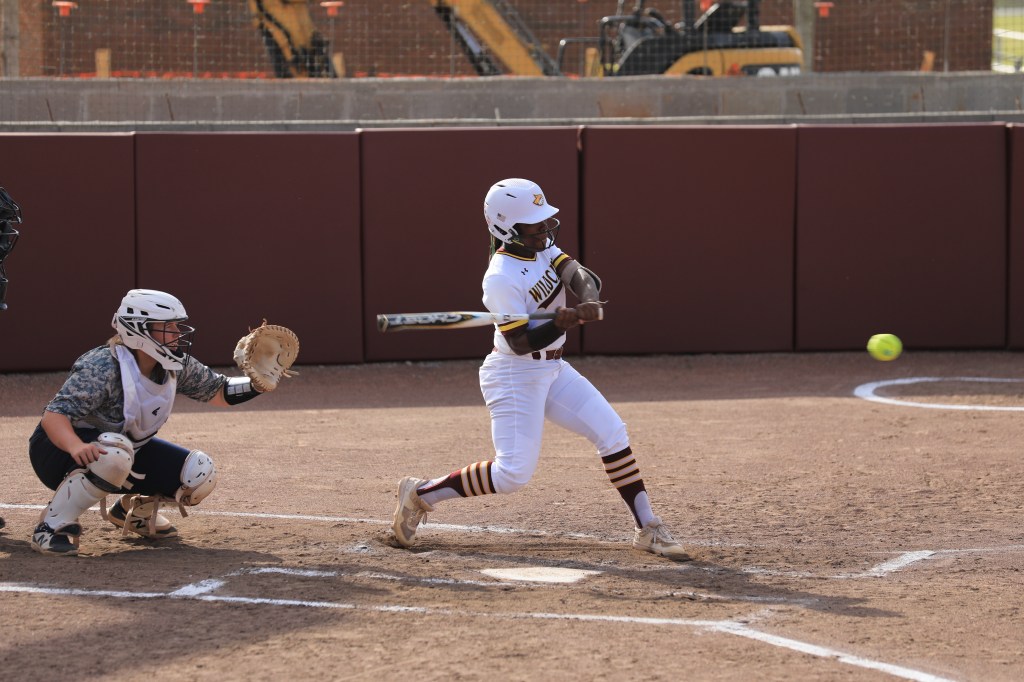 SCOOBA, Miss. — The Pearl River softball team dominated in all phases of its sweep of East Mississippi. The Wildcats scored the second-most runs it has scored this season with 35 total, taking game one 21-1 and game two 14-4.

The two wins extended the Wildcat winning streak out to eight consecutive games.

“It’s always good to get two conference wins on the road,” head coach Christie Meeks said. “Our team felt very confident at the plate today and our pitching came in and kept spinning the ball and did their thing.”

GAME ONE
Pearl River (20-9 overall; 10-2 MACCC) got things started quickly in the first inning, scoring two on an East Mississippi (4-27; 0-12) error. Two batters later, Jena Pacheco (Vancleave) ripped a single up the middle scoring Julianah Overstreet(Vancleave). The Wildcats were not done there as Payton Lee (Picayune; Pearl River Central) lined a double into the left center field gap to plate two runs and increase the lead to 5-0. The scoring continued when Emily Rigney (Waynesboro; Wayne County) hit a slow roller back up the middle, driving in Lee. Rigney later came around to score on a passed ball. Pearl River closed out the inning with a 7-0 lead.

Brinson Rogers (Statesboro, Ga.) shut down the Lion order in the bottom of the inning to send the Wildcats right back to the plate.

Overstreet continued the scoring for Pearl River by lining a single up the middle to drive in Hannah Miller (Kokomo; West Marion). Pacheco stepped up with the bases loaded and drove in two more with another single, scoring Overstreet and Kallie Hunt (Picayune) to make the score 10-0. Lee followed it up with a single of her own scoring Cassidy Cartwright (Poplarville). Madi Waters (Laurel; West Jones) came in to pinch-hit and promptly deposited a single over the head of the shortstop to drive in Pacheco. Miller ripped a double into right center shortly after to score Lee. Waters scored on a passed ball after to give Pearl River a 14-0 lead.

Rigney drove in another run in the third with a single. Waters followed it up with a single of her own, driving in Bethany Fewell (Mendenhall) and giving the Wildcats a 16-0 lead.

The Wildcats struck again in the fourth courtesy of a Cartwright sacrifice fly that scored Aunie Rethmeyer (Belle Chasse; La.) increasing the Wildcat lead to 17-0.

Pearl River continued to pile it on in the fifth as Waters doubled to left field and scored Rigney. Miller followed it up with a line drive into center field for a single, scoring Waters. Cartwright later singled to drive in Miller. Makiya Hunter(Jackson; Clinton Christian Academy) continued the hit parade, driving in Rethmeyer with an RBI single setting the score 21-0 in favor of Pearl River.

The Lions got a run back in the fifth, but Madelyn Burch (Franklinton; La; Bowling Green) settled in and retired the final two batters to give the Wildcats the run-rule victory in game one.

“Madi had a fantastic day at the plate and consistently made plays in the field,” Meeks said.

GAME TWO
A pitcher’s duel ensued for the first two innings of game two as both offenses struggled to find a rhythm.

Pearl River finally broke through in the third thanks to a Nance two-run double that scored Rigney and Miller. Overstreet singled shortly after to drive Nance in giving the Wildcats a 3-0 lead. The scoring continued as Erin Daughtery(Vancleave) hit a ground ball to shortstop, bringing in Overstreet. Later in the inning, Pacheco singled again to drive in Rethmeyer as Pearl River continued to pour it on. Lee hit a flyball to shallow left that was misplayed and allowed Pacheco to score. Lee later came around to score after Taelor York (Choctaw; Clinton Christian Academy) reached on a throwing error. Miller and Nance hit back-to-back singles to score three more runs. Pearl River closed out the inning leading 10-0.

Fewell lined a single into center field in the fifth that allowed Rigney to score. Waters came around to score shortly after on another passed ball. Overstreet continued her big day at the plate with a double to drive Fewell in and increase the Wildcat lead 13-0. Rethmeyer drove in another run with a single that made the score 14-0. EMCC plated four runs in the bottom of the fifth to make it 14-4, but Hannah Embry (Vicksburg; Porter’s Chapel) re-entered the game to retire the final two batters.

Embry finished the day with 4 2/3 innings pitched. She allowed no runs on two hits while striking out five batters.

Overstreet led the way in game two with three hits. She also drove in two runs. Nance, Rethmeyer, and Rigney all had two hits. Nance led the team with four RBIs in game two.

UP NEXT
The Wildcats return home on Tuesday against Copiah-Lincoln. First pitch is set for 3 p.m.

TUNE IN
All home Pearl River softball games are livestreamed for free at PRCCMedia.com. Fans who have Roku, Amazon Fire or Apple TV devices can also watch the Wildcat broadcasts by downloading the “Pearl River CC” channel from their app stores.