No. 7 Pearl River has a setback against No. 2 Copiah-Lincoln 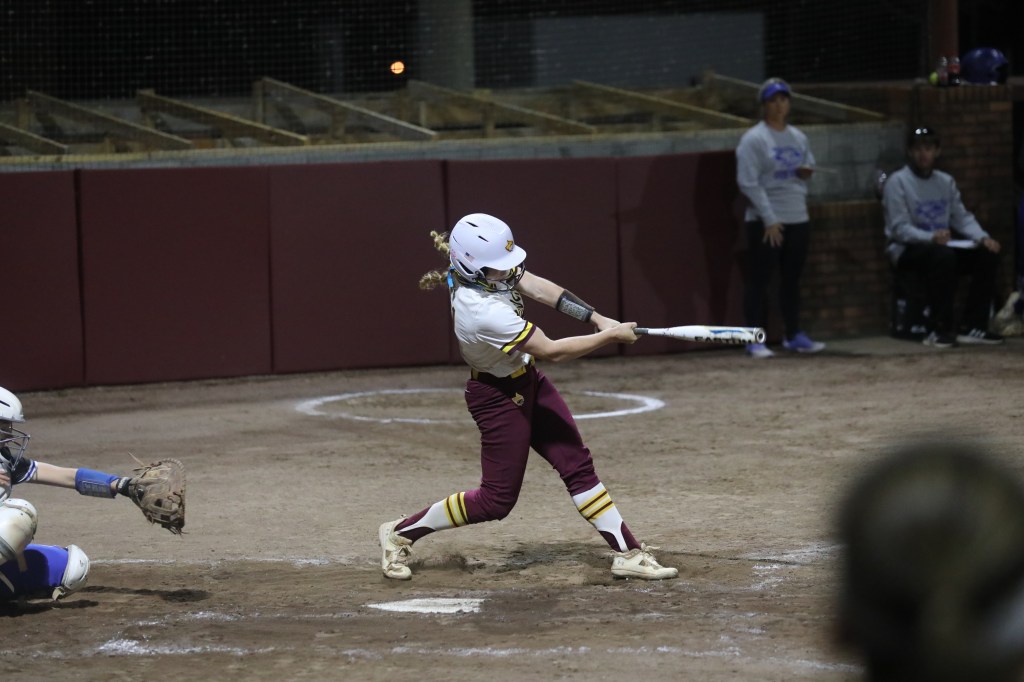 POPLARVILLE, Miss. — The No. 7 Pearl River softball team suffered a setback Thursday as No. 2 Copiah-Lincoln handed the Wildcats a pair of losses. The Wolves took game one 4-0 and then grabbed the nightcap 4-2.

“I believe that we allowed two late hits that got away from us and turned into home runs to allow us to derail us,” head coach Christie Meeks said. “That’s not something that we can do as a team. We’ve got to fix some stuff on defense, and we have to be able to score earlier on offense.”

Rogers worked herself into some trouble to start the game, walking the first batter on four pitches. The walk was followed up by a Wildcat miscue, putting two runners aboard. The right-hander didn’t let it bother her as she quickly sent the third and fourth batters right back to the dugout by way of the strikeout. The last out of the inning was made on the basepaths by the Wolves.

Rogers again worked her way into some trouble in the third inning but managed to find a way out of it. After a walk and a single, Rogers was able to get a batter to pop out. The runners then advanced a base after a wild pitch before Rogers tallied another strikeout. The inning was put to an end shortly after when the CLCC runner got a little bit too far off third base and Dallyn Nance (Nanih Waiya) showed off her arm strength to pick her off.

The Wolves broke the shutout in the seventh inning, taking a 4-0 lead in the frame.

Aunie Rethmeyer (Belle Chasse, La.) got the bottom half of the inning started with a single, but the Wildcats were unable to stretch across any runs, falling 4-0.

Rogers pitched all seven innings of the contest, allowing four runs, two earned runs, six hits and five walks. She was one strikeout shy of double-digits, finishing with nine.

Taelor York (Choctaw; Clinton Christian) walked twice in the game. Cassidy Cartwright (Poplarville) walked once. Rethmeyer tallied the only hit for the Wildcats.

Hannah Embry (Vicksburg; Porters Chapel) took the circle in the second game of the day and pitched a quick 1-2-3 inning to send PRCC to the plate.

Two Wildcats grounded out to begin the inning and then they looked to do some two-out damage. Nance led off with a double and Julianah Overstreet (Vancleave) walked after a seven-pitch at-bat to put two aboard. PRCC put a ball in play, but it was fielded cleanly and thrown to first base for the third out.

Nance again got on base with a double to start the fourth inning before advancing to third on a sacrifice bunt. The Wildcats were unable to bring her across home plate.

The Wolves broke the scoreless tie in the sixth inning, taking a 4-0 lead on a pair of RBI singles and an RBI double.

PRCC nearly got back into the game in the bottom half of the seventh. After a fly out, Keigan Pearson (Carriere; Pearl River Central) and Jena Pacheco (Vancleave) hit back-to-back singles. Another fly out went by before Emily Rigney(Waynesboro; Wayne County) loaded the bases with another single. York then stepped into the box and looped the fifth pitch of her at-bat into left field for a two-run single, making the score 4-2. The Wildcats were unable to plate any more runs, losing the nightcap 4-2.

Embry finished the game with 5 2/3 innings pitched, striking out three batters against six hits, three runs and one walk. Rogers went 1 2/3 innings in relief, allowing one unearned run and one walk. She struck out four batters.

Nance led the way on the offensive side, finishing the game 3-for-3 with three doubles. York had one hit and two RBIs.

The Wildcats look to rebound Saturday in a home matchup with Holmes. The doubleheader is set to get underway at 1 p.m.

Single-game tickets are on sale now and can be purchased at PRCCAthletics.com/tickets.

All home Pearl River softball games are livestreamed for free at PRCCMedia.com. Fans who have Roku, Amazon Fire or Apple TV devices can also watch the Wildcat broadcasts by downloading the “Pearl River CC” channel from their app stores.