No. 2 Pearl River’s dominant pitching leads to sweep of Delta 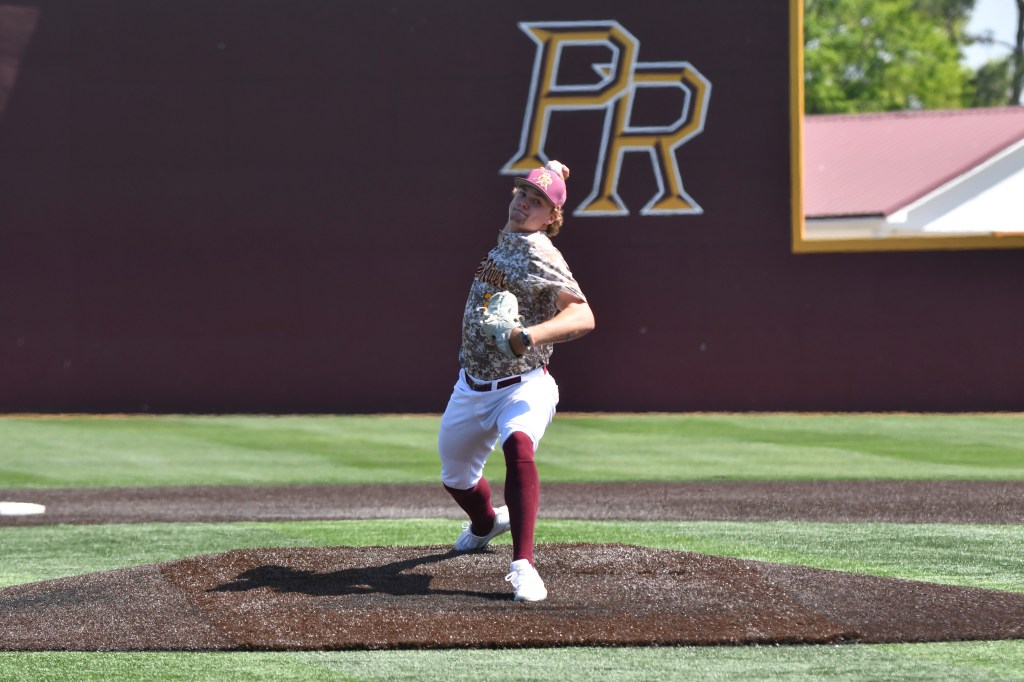 Pearl River pitchers combined for 15 innings pitched, one earned run and 11 strikeouts across the doubleheader.

“I’m very proud of them. We knew there was a chance that today could go like it did,” head coach Michael Avalon said. “This is a tough place to play. In game one, we did what we needed to do. We jumped on them and were able to finish. Looking at their schedule so far this year, sometimes they have gotten beat in the first game but won the second one. That arm tonight in game two was as advertised. He’s a really good player. I’m proud of our at-bats and how we battled until the end.”

Both Pearl River (31-9 overall; 19-5 MACCC) and Mississippi Delta (17-19; 12-12) came out swinging in the first inning of the day. John Griffin Bell (Mobile, Ala.; Faith Academy) and Tate Parker (Gulfport; West Harrison) were the first two Wildcats to reach base in the inning. Right fielder Ian Montz (Lafayette, La.; Acadiana) then stepped into the batter’s box and crushed a three-run homer to put Pearl River on top 3-0. In the Mississippi Delta half of the inning, the Trojans cut the lead to one run at 3-2 off a two-run single.

It wasn’t until the third inning that the Wildcats added to their lead. Gabe Broadus (Wilmer, Ala.; Faith Academy) took an outside pitch over the right field wall for a solo homer, pushing the lead out to 4-2.

Pearl River struck again in the sixth inning. Matt Mercer (Richton; Petal) wasted no time in his at-bat, hitting the first pitch over the wall for a solo homer and a 5-2 lead. Preston Soper (Madison; Germantown) drove a single into right field shortly after before stealing second base. D.K. Donaldson (Gulfport; West Harrison) then put a ball into play and an error allowed him to reach and Soper to score, making the score 6-2.

Pearl River put up a seven-spot in the seventh inning to take a 13-2 lead over the Trojans. Trojan pitchers walked seven batters in the inning. The Wildcats loaded the bases and then Mercer, Soper, Donaldson and Taylor Woodcock (Pass Christian; West Harrison) collected RBIs with a walk each. A Bell ground out brought home a pair of runs and a Broadus single capped the scoring.

Ryan Burt (Columbus; New Hope) worked a quick bottom of the seventh inning to give the Wildcats the 13-2 run-rule victory.

Sam Hill (Soso; West Jones) turned in one of his best outings of the season, pitching 5 1/3 innings allowing two unearned runs, three hits and three walks. He struck out six batters in the game.

Burt pitched the final 1 2/3 innings of the game without allowing a Trojan to reach base. He also tallied two strikeouts.

Broadus was the only Wildcat with multiple hits, collecting two. Montz led the way in RBIs with three. Mercer and Broadus each finished with two.

The second game of the day was another battle between the Wildcat and Trojan pitchers.

Dakota Lee (Purvis) allowed a first-inning run but settled in and was phenomenal for the rest of his outing.

The Wildcats tied the score up at 1-1 in the third inning on an Alex Perry (McComb; North Pike) infield RBI single.

Neither team was able to manage much of a threat deep into the contest after that, forcing extra innings.

Pearl River finally got to the Trojan starter and broke things open in the eighth inning, putting up six runs in the frame. Montz opened things up with a single and Mercer followed him up by walking. Donaldson then stepped to the plate and drove a ball into the left center field gap for a two-run double and 3-1 lead. After Woodcock drew a walk, Bell moved everyone up with a single past the shortstop. Three consecutive singles from Broadus, Parker and Perry extended the lead out to 6-1. Montz brought home the last run of the inning with a sacrifice fly into right field.

The Trojans got a run back in the bottom half of the inning, but it wasn’t enough as Pearl River claimed the contest 7-2.

Lee finished his outing with five innings, one earned run and two walks. He scattered five hits and struck out a pair of batters.

Pearl River returns to Dub Herring Park for its last regular season doubleheader Tuesday in a matchup with Southwest. The games are set to get started at 3 p.m.