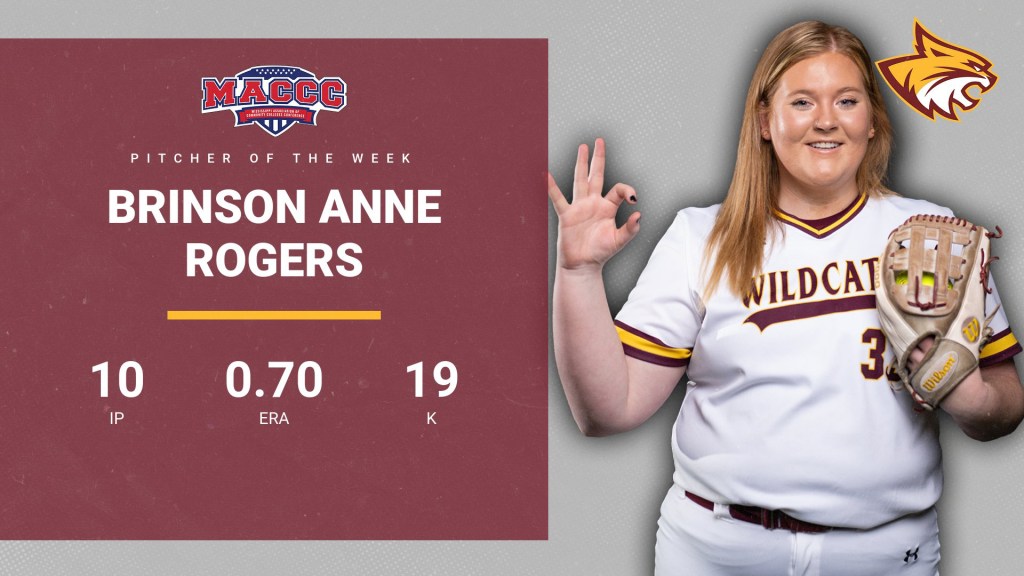 POPLARVILLE, Miss. — For the fifth time during the 2021-22 campaign, No. 10 Pearl River’s Brinson Anne Rogers (Statesboro, Ga.) has been named Mississippi Association of Community Colleges Conference Pitcher of the Week. The award also marks the fourth consecutive honor that the right-hander has received.

Rogers has dominated her competition all year long and last week was no different. Despite pitching in just one doubleheader against then No. 7 Itawamba, Rogers still managed to tally 10 innings pitched, 19 strikeouts and a 0.70 ERA.

In the first game against the Indians, the Louisiana-Lafayette transfer tossed a complete game, allowing one earned run, four hits and two walks. She struck out 12 batters in the game. It was her second straight double-digit strikeout game and 11th overall.

She then made an appearance in the second game of the day, pitching three shutout innings with no hits, one walk and seven strikeouts. She earned the save in the outing.

Rogers has now struck out 218 batters across 113 1/3 innings pitched. She currently holds an ERA of 0.93. The strikeout mark places her in second in the NJCAA and her ERA comes in at third.

Pearl River returns to Wildcat Stadium Wednesday for a matchup with Meridian. The doubleheader is set to get underway at 4 p.m.

All home Pearl River softball games are livestreamed for free at PRCCMedia.com. Fans who have Roku, Amazon Fire or Apple TV devices can also watch the Wildcat broadcasts by downloading the “Pearl River CC” channel from their app stores.