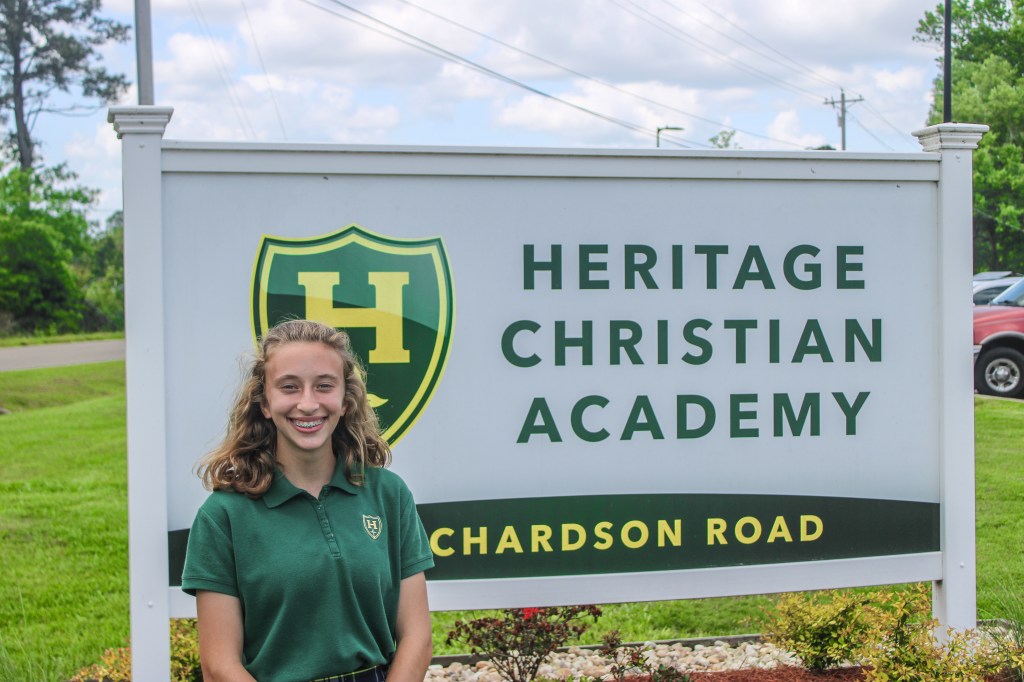 Heritage Christian Academy ninth grader Kalyee Collier is a cross-country runner who battles epilepsy. In spite of that, she placed second in the 400m and 1600m races during Wednesday’s District meet.

Kalyee Collier is a ninth grade athlete at Heritage Christian Academy who is battling epilepsy. Collier has been a cross-country runner since the fifth grade. It’s her favorite sport and she gets a thrill from the competition.
She said her favorite parts of the sport are, “The competition, running against other people, pushing myself to certain goals and times.”
On Wednesday, Collier competed in the school’s district meet.
Collier finished in second place in the 1600m races and the 400m races. She likes all of the various races but the 400 gets a little edge over the rest because Collies likes to sprint.
Collier has had epilepsy since a young age. She suffers from a form called petite mal seizures, which occur on and off through out her life.
“My brain sends off these like bursts and it causes my body to convulse and stuff, and I’m unconscious you know. And it mainly happens when I breathe really heavy, so that’s why getting back into running was a really hard thing,” said Collier.
Collier did not suffered from a seizure for a long period of time until she developed grand mal seizures in seventh grade. It’s a type of seizure that involves a loss of consciousness and violent muscle contractions. Since that scary incident, Collier tries not to think about it much.
“I know God’s going to heal me and I’m going to get better one day,” she said.
Since she’s been on medicine to prevent her seizures and it’s also caused her to take a break from competing or running. Collier hasn’t had a seizure for a year now but there are still challenges in managing her health and competitive spirit. Since being reunited with the track, she’s been practicing hard to try and match her per-seizure running times.
She sometimes faces a lack of determination to go to practice and complete workouts at times due to the medication’s side effects of muscle aches and increased stress and anxiety.
“It has a whole lot of side effects and one of them is it make my muscle ache, so running is sometimes really hard, but you have to push through all of that. Sometimes it’s really hard, sometimes I want to quit or give up at hard practices, but it’s all worth it for those big and important races,” said Collier.
Her motivation to stick to running comes from all the work she’s put in so far. She’s put in four years of hard work battling the medication, possible seizures and highly competitive races.
“I’ve put a whole lot of work into this and my times are getting better, so I just don’t see a point in quitting. I’d just be giving up something I can be good in, you know,” said Collier.
Collier wants to run in college, she said she wants to go to Harvard University. She currently hasn’t chosen a major but when Collier gets older she wants to be an actress. If she does not go to Harvard, Collier is okay with wherever God places her.
Cross Country had a positive impact in Collier’s life especially suffering from epilepsy.
It’s allowed her to travel and meet new people.
“Its always nice, (meeting new people), they’re nice people and they push me to run faster too,” she said.
She also gets encouragement to excel from her mother. But a lot of the motivation comes from within.
“A lot of it is just me I guess, me trying to push myself,” she said.
As her physical health improves so will her running time. Collier will compete in South State Championship next week in the 400m and 1600m races. 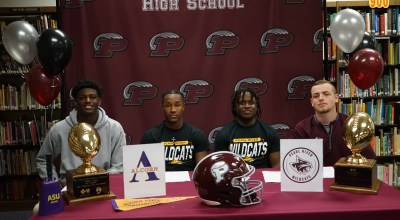