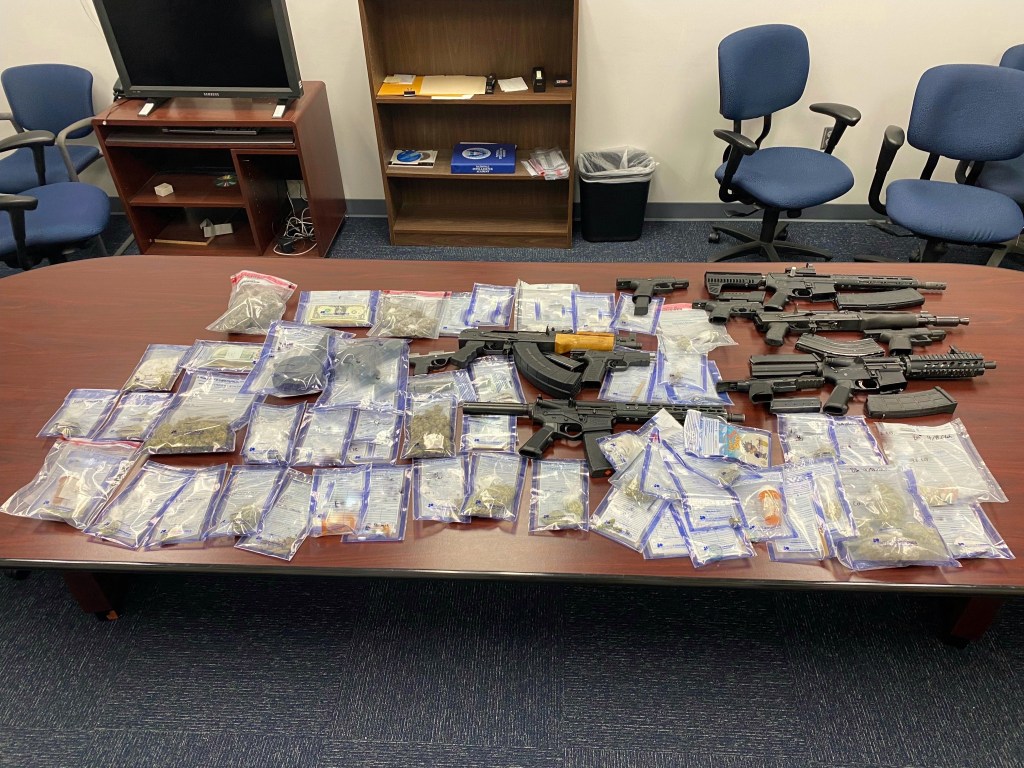 JACKSON, Miss. – On, Friday, April 8, 2022, through Sunday, April 10, 2022, the Mississippi Bureau of Narcotics (MBN), in conjunction with several other participating agencies conducted a Mobile Enforcement Team (MET) operation in the city of Jackson, with an emphasis on the Capitol Complex Improvement District.

“This operation is a major loss for criminals in Jackson, but a major win for our capital city and its residents,” said Governor Tate Reeves. “We’ll continue to do everything we can to keep illegal weapons and drugs off our streets and out of our neighborhoods. Thank you to the Department of Public Safety and our law enforcement partners for another job well done.”

As a result of this operation, over $17,500 in cash and a multitude of drugs were seized. The drugs seized consisted of 6.6 pounds of marijuana, 4.4 grams of crack cocaine, 7 dosage units of Hydrocodone, 36 dosage units of Oxycodone, 348 dosage units of Methylenedioxymethamphetamine (MDMA) tablets, and 4 pounds of MDMA powder.

“The Mississippi Bureau of Narcotics has demonstrated its commitment to keeping Mississippians safe time and time again,” said Commissioner Sean Tindell. “These operations are further proof of that. We can and will continue to do whatever it takes to keep our citizens safe.”

49 individuals were arrested, and the charges include:

“This is an ongoing operation, and more arrests are anticipated,” said MBN Director Steven Maxwell.