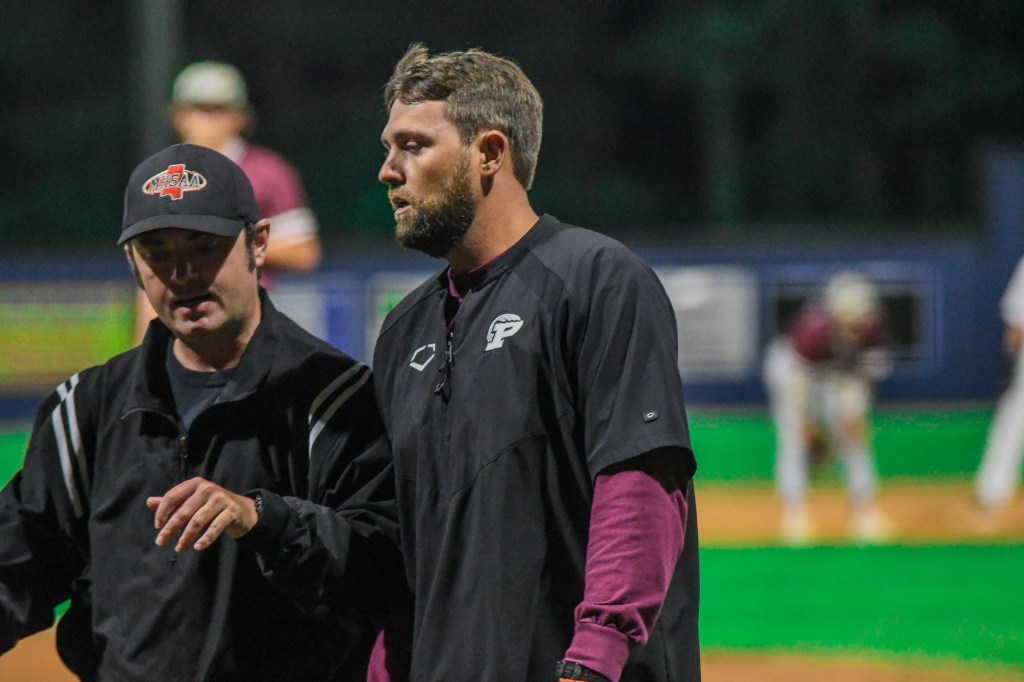 Head Coach Evan Nichelson approaches the empire about a pitching call during previous Maroon Tide action against the Blue Devils.

“They’re going to be well coached, I know they’re sound defensively with pitchers that bang the zone and come at you, so it’s going to be a pretty good test,” said Picayune baseball Head Coach Evan Nichelson.

Nichelson also touched on how the team is doing mentally and physical with playoffs approaching this Friday.

“The season’s kind of been a roller coaster, up and down. We’ve played really well at times and played really bad at times. I think here, late in the year, our arms have been better, they’re stretched out more. It seems like they’re getting a little stronger as the year goes on, and some guys that haven’t been swinging the bat all that well are starting to swing it a little better. Hopefully we’re getting hot at the right time and some things can start clicking for some guys and maybe we can make a little run,” he said.

During the next two to three games, Nicholson wants his players to treat the events as just another game and stick to what’s been working for them. What has been working for the team is pitching well against the defense, banging the strike zone, and grinding out at bat situations.

“I expect them to play hard and we’ll see what happens,” said Nichelson.

The Maroon Tide will be in Laurel for game one this Friday at 7 p.m. Game two will be Saturday in Picayune at 7 p.m. If necessary, game three will be played back in Laurel on Monday at 7 p.m.