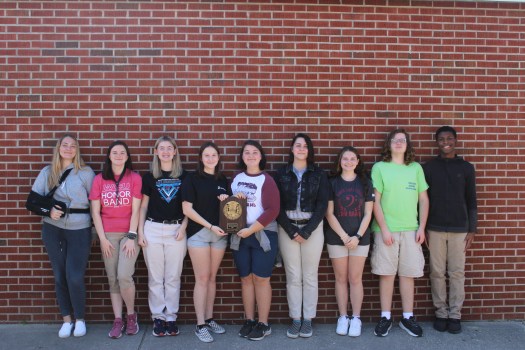 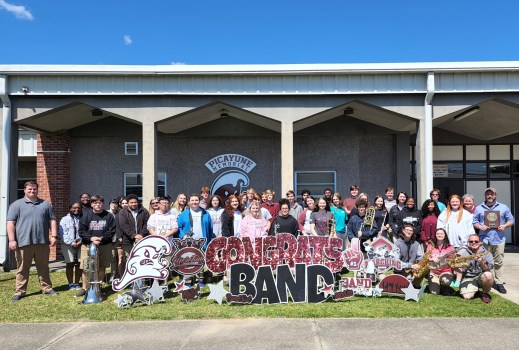 The Picayune Memorial High school band has set a new standard for their program after winning their first Sweepstakes award since 2001.
“The quality of our concert band has drastically increased, as in the students, they want to do better, their drive this year is what took us to the point of winning the sweepstakes award,” said Picayune Band Director John Cockrell.
The bands drive is shown in their everyday rehearsals, which is lead by the students. They have sectional practices where common instruments work together on their parts, then they’ll come together as one band and rehearsal their music.
“The drive that they had this year was there,” said Cockrell.
“That I thing is the biggest thing that sets it apart from other years.”
To get a Sweepstakes Award there are nine judges through out the year, three come from marching band, concert performances and sight-reading that give out a score.
In the fall the band made all superior in marching. Which they’ve done several of times.
“It was almost an expected thing cause we’ve done it so may times,” said Cockrell.
When it comes to concert season six of the nine scores come from concert performances and sight-reading.
To get a superior score the band must get a 112 through 140 score. They scored a 117, 122 and 120 from all three judges.
Accomplishing a superior sight reading score was something the band has yet to do. A lot of rehearsal time had been dedicated to sight-reading practice; they practiced over 49 different songs before the official concert.
Cockrell said this year the band went in knowing their past weaknesses and they worked on those weaknesses to position themselves with the best chance of winning.
On March 31 the band finally accomplished it, scoring a 129,130,128 from the three judges. Some of the comments they received from the judges were, “well done,” and “good ensemble sound.”
Cockrell said when his band went to perform he thought they been well prepared and that the students knew it.
“Not me just telling them, they knew they were prepared,” he said.
Moving forward, Cockrell and the band have set a standing of winning the sweepstakes in their program. It’s not an easy task but knowing that they’ve won it gives belief that the students will continue to improve and strive for it.
The plan now for the band is to place in the top five in the state for the marching championships, where in last years competition they placed seventh, the highest they’ve ever placed.
This month you can catch the band twice in action. They’ll perform in their spring concert on Thursday, April 21, at 6 p.m. at the school district auditorium, free of charge.
Then on Thursday, April 28, the Picayune Jazz band and the Pearl River Community College Jazz band will play at the Crosby Commons at 6:30.