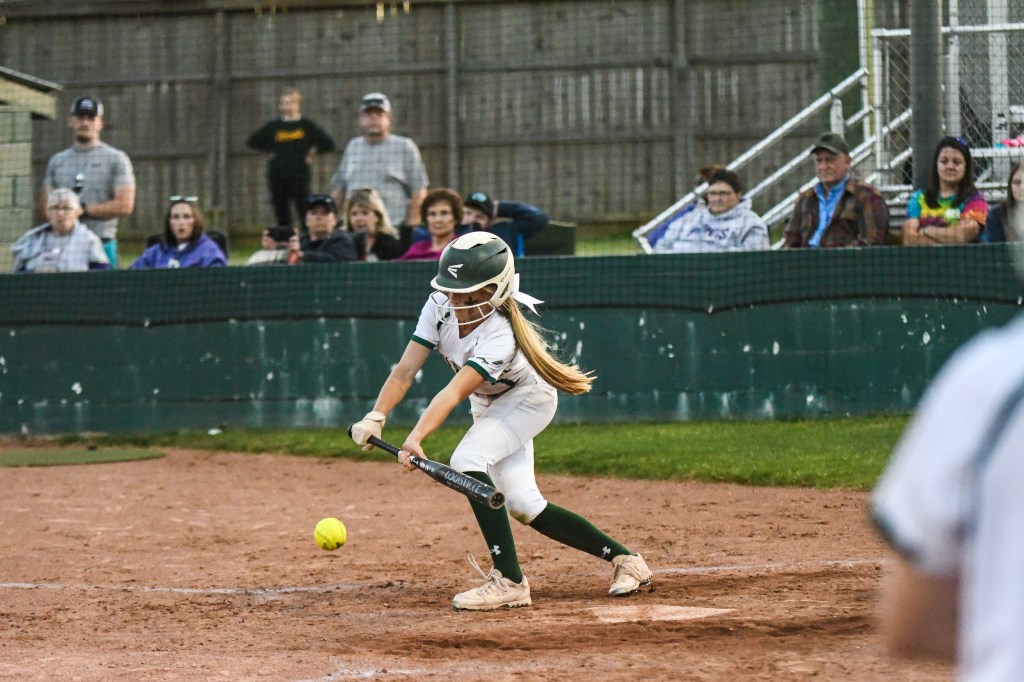 Addy Alexander makes a play during the Lady Hornets’ 16-3 loss to the Tornadoes on Thursday night.