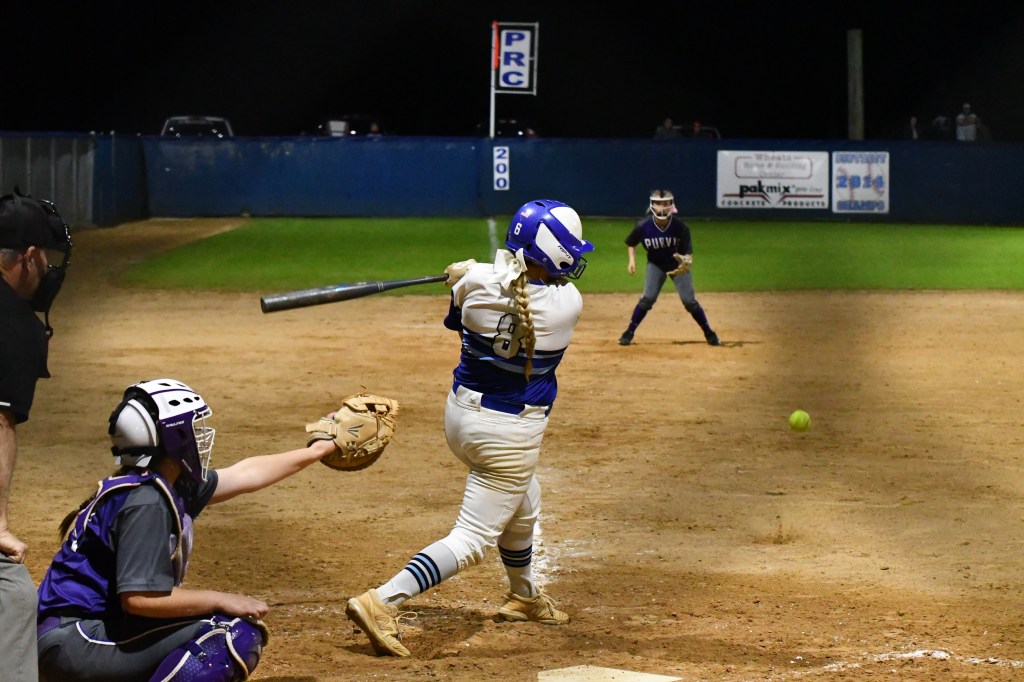 The No.1 seeded Pearl River Central Lady Blue Devils will host the George County Rebels this Friday in the second round of the 5A state playoffs.

The Rebels finished the season 12-11, coming off a series sweep against Wayne County this past weekend.

“They’re playing really well right now, I went to see them Friday and Saturday. They were a good team when we played them before but they’ve definitely gotten a lot better, especially offensively,” said Labella.

This Friday, the focus will be on the Lady Blue Devils competing against themselves rather than the Rebels. Labella’s seen the team excel over the competition but also become lackadaisical when the team has big leads. He says they’ve made games harder on themselves at times.

“A lot of the wins that we’ve had in the last three weeks, we end up having a good record but those (games) could of gone either way, mostly because we had some defensive lapses,” said Labella.

The Rebels have “a couple slappers” at the top of their line up. They’re good at getting on base and running the bases. In this series Labella is looking for execution, strikeouts, along with infield and outfield adjustments to counter the Rebels’ base running.

“I just seems like we’ve been practicing a lot and not playing,” said Labella.

He just hopes the team can carry the groove they’ve had in the end of the regular season into the playoffs.

Game one will be at PRC this Friday at 6 p.m. Game two will be the following Saturday at Lucedale, and if necessary game three will be on Monday at PRC.