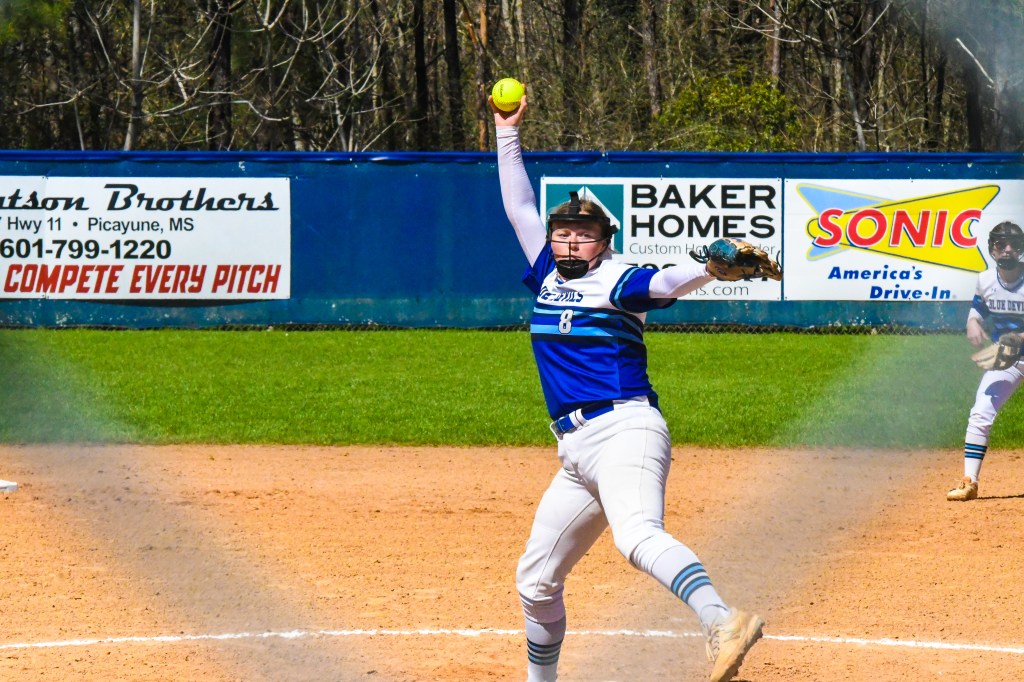 The Lady Blue Devils led big and very early. They opened the game with a 6-0 score after the first inning. The team shut the Bearcats out and added a single run in the seventh inning to clinch their 17th win of the season. The team had a 17-8 record on the season.

District stats: In the team’s undefeated district play, the Lady Blue Devils have a total of 28 RBIs. Caliey Pervel leads the team with 8 RBIs (15 season). Pervel also leads with two homeruns behind Izzy Martin with one homerun (8 in the season). Pitchers BayIi Cucunello and Jazmin Robertson combined for a total of 32 strikeouts, each racking in 16 strikeouts. They combined on five allowed runs and gave up zero homeruns.

Next, the Lady Blue Devils will gear up for the 5A State playoffs. They’ll have a first round bye and will play the winner of the Wayne County Eagles vs. George County Rebels matchup on April 29.