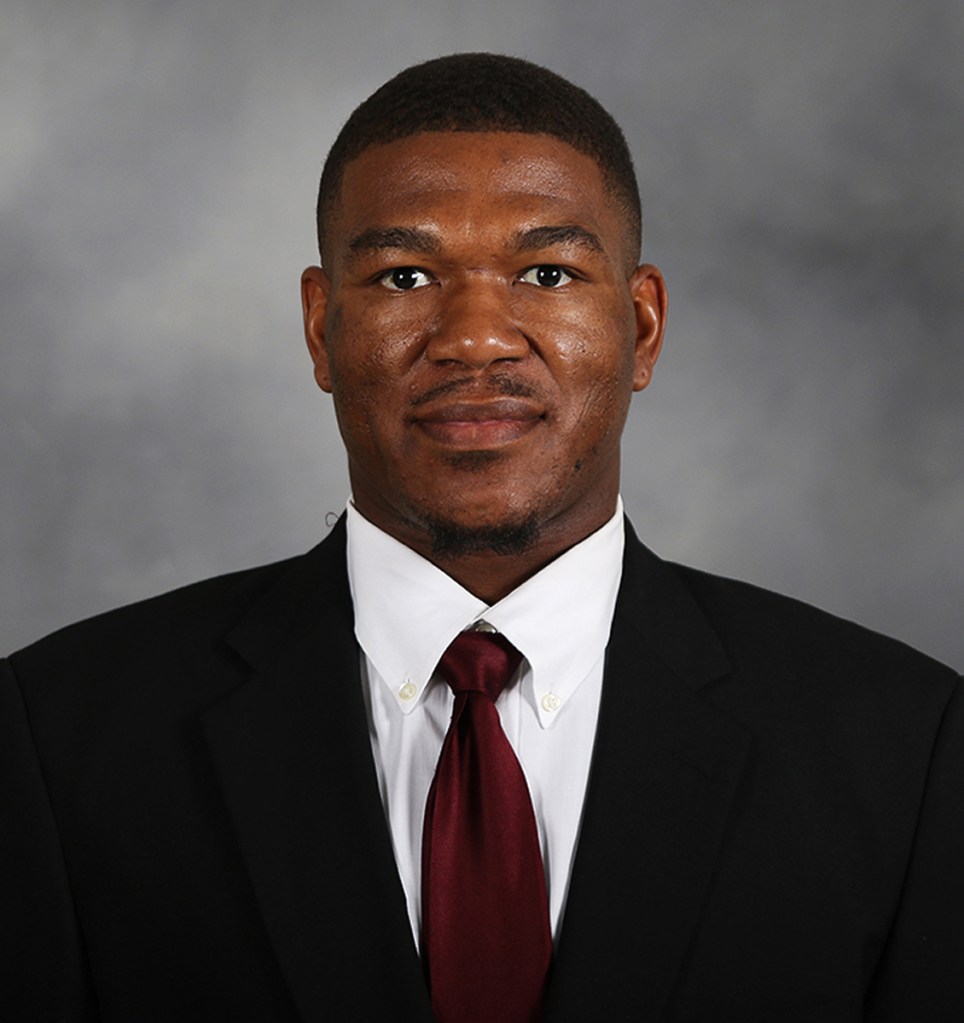 SCOOBA – With coaching experience at the university, junior college and high school levels, Kevie Thompson has been named defensive coordinator at East Mississippi Community College. The announcement was made this week by EMCC head football coach Buddy Stephens.
“Kevie is a high-energy coach who we are catching on his way up the coaching ladder. He is a well-respected football coach and has coached on all levels here in Mississippi,” Stephens said.
A native of Raleigh, Thompson made the trek over the Mississippi-Alabama state line to the Scooba campus after serving as a co-defensive coordinator last season at the University of West Alabama in Livingston. The 2021 Tigers topped the Gulf South Conference in total defense while ranking second in rushing defense and third in scoring defense as a team.
Finishing with a 7-4 overall record and 4-3 league mark, UWA featured a trio of defensive players who earned postseason honors, including AFCA Division II Coaches’ All-American first-team defensive lineman Chris Terrell.
“I want to thank Coach (Buddy) Stephens for allowing me to be a part of this great football program here at East Mississippi Community College,” Thompson said. “I am extremely excited to become involved within the community and looking forward to continuing EMCC’s championship tradition.”
Before moving up to the university level, Thompson spent the prior two seasons within the Mississippi Association of Community Colleges Conference (MACCC) ranks as the defensive coordinator and defensive backs coach at Hinds Community College. During Thompson’s two years on the Hinds coaching staff, he worked with nine all-conference defensive performers, including 2019 All-Region 23 defensive back Kyree Fields. The Eagles posted a combined two-year record of 10-4 with a Graphic Edge Bowl appearance, No. 11 NJCAA final team ranking and 7-3 mark in 2019. As a team, Hinds finished 20th nationally in s
coring defense both seasons, while the 2020 squad ranked sixth nationally in passing defense during the pandemic-altered campaign.
Having coached at four different Mississippi high schools following his collegiate playing days at Jones College and the University of Southern Mississippi, Thompson’s most recent stint at the prep level came at powerhouse Starkville High School. In Thompson’s two seasons as the team’s defensive coordinator, the Yellow Jackets were a combined 24-5 overall with a Class 6A North State championship and Region 2-6A title in 2017. During both years, Starkville’s defensive unit limited the opposition to an average of just under 12 points per game.
Thompson began his football coaching career in 2010 at his high school alma mater in Raleigh and helped mentor Isaiah Pugh, who tied for the state lead with 10 pass interceptions in 2012, as well as seven-year NFL veteran Donte Moncrief.
After receiving his first collegiate coaching experience in Kansas by helping turn around Bethany College’s defensive unit, Thompson returned to his home state with assistant coaching stints at Madison Central High School and Taylorsville High School.
During the summer months through the years, Thompson has also gained valuable coaching experience at the NFL and SEC levels. Most recently, he served as a 2021 Bill Walsh Diversity Coaching Intern for the Super Bowl champion Los Angeles Rams. Thompson has also previously volunteered alongside coaching counterparts at the University of Florida and the University of South Carolina.
During his playing career, Thompson was selected to participate in the Bernard Blackwell North/South All-Star Football Game following his senior season at Raleigh High School. He earned a football scholarship as a defensive back to Jones College, where the Bobcats posted a two-year record of 15-5 and finished as 2007 conference runners-up during his sophomore season.
Thompson then transferred to Southern Miss and was a member of back-to-back R+L New Orleans Bowl teams under the guidance of current general manager/head coach Larry Fedora of the USFL’s New Orleans Breakers.
Upon earning his bachelor’s degree in education from USM in 2010, Thompson went on to receive his master’s degree in education from William Carey University in 2014. Two years later, he added a specialist’s degree in educational leadership from WCU.