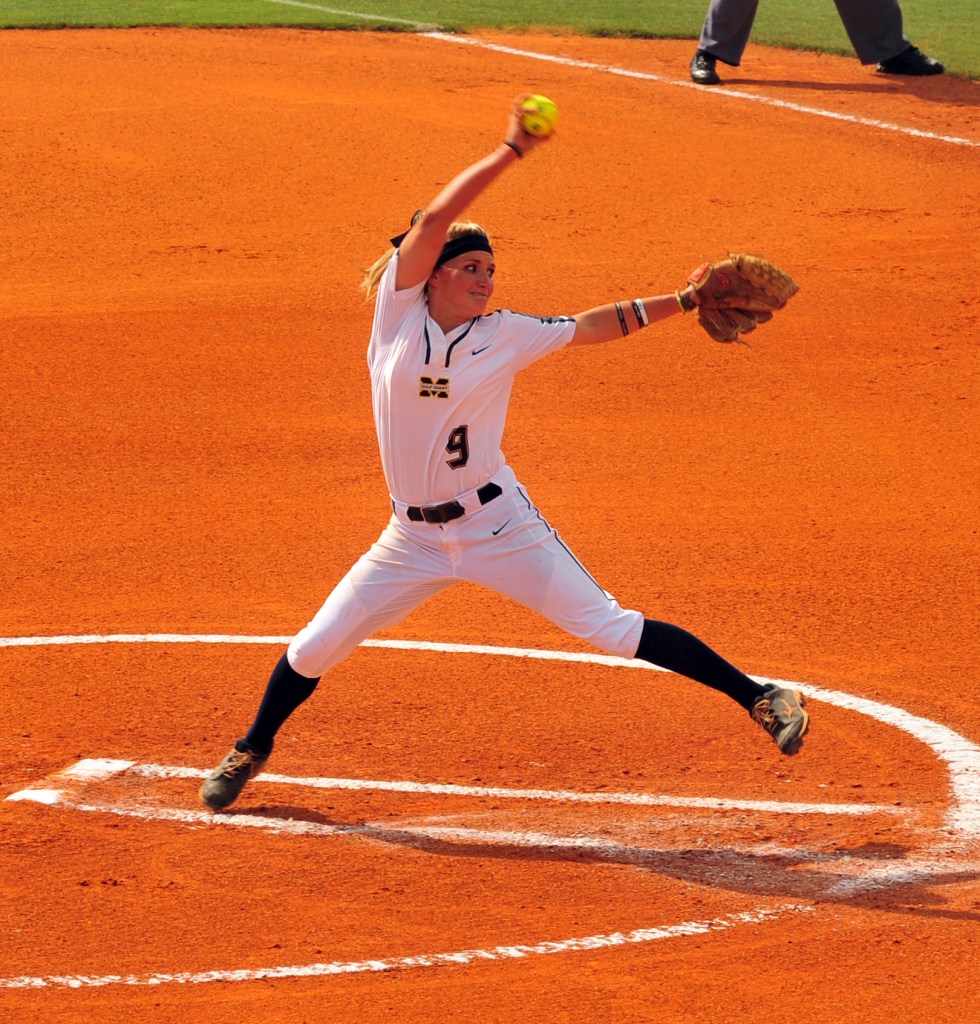 PERKINSTON — Mississippi Gulf Coast Hall of Famer Kaitlin Lee, who is now the Bulldogs’ pitching coach, is getting ready to feel her famous “belly bugs” in the circle again. She has signed to play professional softball this summer.

The former NJCAA All-American who went on to star in the Southeastern Conference will play for the Florida Vibe, a new professional team based out of Bradenton, Fla. Lee is the seventh player signing announced by the team, which will carry four or five pitchers on a 16-player roster.

“It’s surreal and weird, but I’m super excited about it,” she said. “I’m super excited because I know there’s a tiny percentage of athletes in this world who get the opportunity to play pro, and an even smaller percentage who ‘retire’ and are out of the game for four years and get the opportunity to play again. I’m excited to see how this goes and excited to have the ball in my hand and win again.”

Lee went 40-8 with a 1.28 ERA and three saves in her two seasons at Perk. In 311 innings, she struck out 205 batters and walked just 39. As a freshman, she led the Bulldogs to a sweep of the Mississippi Association of Junior and Community Colleges and NJCAA Region 23 championships. Gulf Coast finished ninth in the national tournament.

She earned her second All-MACJC award as a sophomore, when she was named MACJC Pitcher of the Year. She earned All-Region 23 and won a spot on the NJCAA All-American Second Team.

She also batted .367 for Gulf Coast, driving in 23 runs, mostly from the leadoff position.

Lee was the first MACJC player to sign with a Southeastern Conference, and she went to Ole Miss and etched her name in the school’s record book. She threw every pitch of the Rebels’ four-game sweep to win the SEC Tournament as a sophomore. Lee had three shutouts in the Oxford Regional, leading the Rebels to the Los Angeles Super Regional.

Her 18 wins a senior were third-most in school history, and Ole Miss advanced to a regional championship game.

“I’m so proud of Kaitlin,” Gulf Coast coach David Kuhn said. “She’s worked hard her entire life, and this is an amazing opportunity for her on and off the field as a player and as a coach and as a woman.”

The Vibe will play a 25-30 game schedule, mostly against national teams from around the world. The team will play in June and July. Vibe President Ryan Moore said his staff did extensive scouting and background checks on Lee, and everything came back perfect.

“It’s important for her to be a part of this, because in our research we haven’t found any other junior college players who went on to play professionally,” he said. “This proves there’s a path for players like Kaitlin to reach even higher levels of softball.”

Lee has been started throwing the last two weeks, and she can already feel a difference from when she last pitched competitively. She spent the last two years as a pitching coach at Samford University and is in her first year in the same role at her alma mater. She’s better able to analyze what’s she’s doing wrong and fix things now having taught it the last three years.

She says being back in pressure situations on the field will help her grow as a player, but even more importantly as a coach. Lee expects to learn and grow, and bring those lessons back to her player at Perk.

“Coaching is awesome, and I love it, but there’s not a game that I’m coaching that I don’t wish I could be out there pitching,” she said. “I’m super excited to get those belly bugs and live out everything I got to before for two months.”