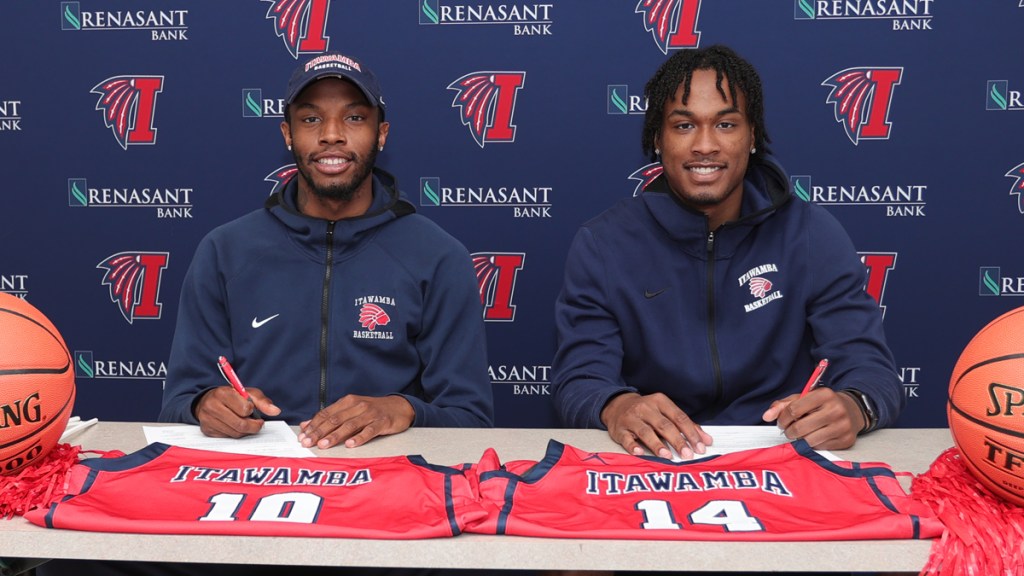 The duo helped the Indians to a NJCAA Region 23 Tournament appearance and to a 10-12 record.

Hamilton, a Potts Camp native, played in 21 games and the 6’9 forward averaged 6.9 points per game and 7.1 rebounds per game. He had a team-high 150 total rebounds and led the Indians with 35 blocks. Hamilton also had 12 steals and 3 assists.

Mosley averaged 11.3 points per game and shot 46.7 percent from the field in 21 games played. The 6’5 guard from Chicago, Ill. scored 238 points and led the team in free throws shooting 75 percent from the charity stripe. Mosely also grabbed 100 rebounds and 28 steals.

The duo will join the Delta Devils who compete in the Southwestern Athletic Conference (SWAC).

For more information on ICC Men’s Basketball and the other 10 intercollegiate athletic programs, follow ICC Athletics on Twitter(@LetsGoICC) and visit LetsGoICC.com