Hornets take a 9-3 loss to the Wildcats 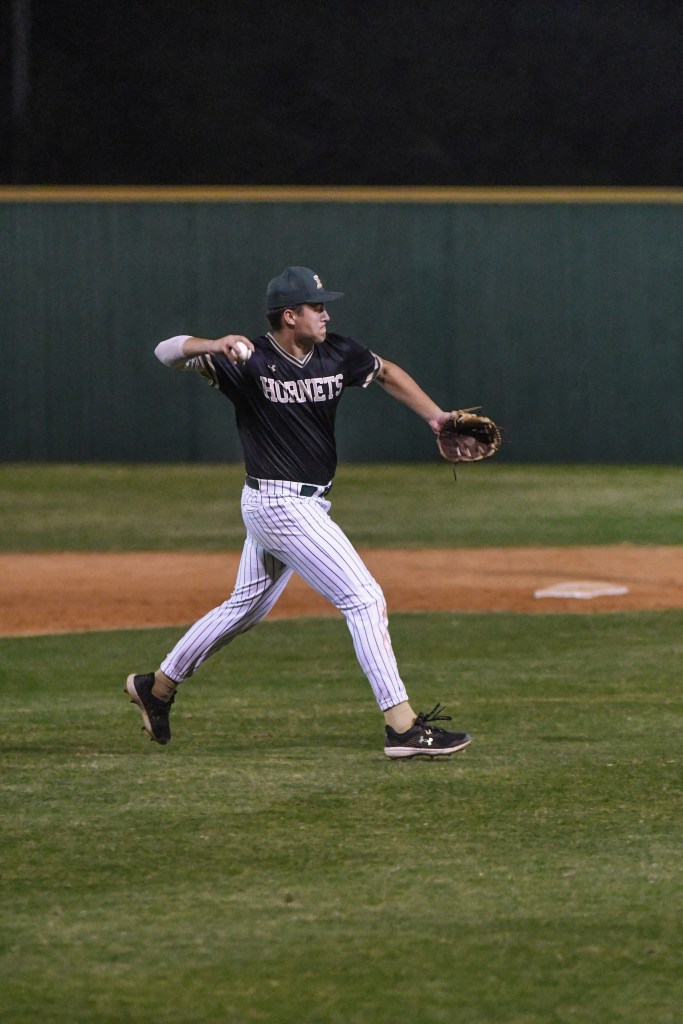 Joseph Blakeney making a throw to first base during the Hornets 9-3 loss to the Wildcats on Tuesday night.

A Tuesday night that started off dry but ended with pouring rain resulted in the Poplarville Hornets falling 9-3 to district opponent the Columbia Wildcats. After the game, the two teams share third place in district standings, both being 5-4 in district play.

At the end of the first inning both teams were tied at 1-1. The Hornets received the team’s first run off a single RBI from Eli Goodwin. The Wildcats scored one run at the top of the second inning then two runs at the top of the third inning for a 4-1 lead.

At the bottom of that inning, the Hornets managed to cut the deficit down to 4-3. Those two runs came off single RBIs by Riley Passman and Brock Sheppard.

At the top of the fourth, things got a little out of hand for the Hornets. A pitching error allowed a Wildcats runner to steal home, and then the Wildcats followed up by scoring a double RBI, giving the team a 7-3 lead.

The Hornets didn’t get any runs in the fifth inning, and to make matters worse the Wildcats added two more runs after the sixth inning.

The Hornets tried to make a comeback in the seventh inning but were given a quick three and out, resulting in a Wildcats 9-3 win.

This loss puts the Hornets at 17-6 overall and 5-4 in district. Poplarville will rematch the Wildcats this Friday, April 25 at 7 p.m. at Columbia.