Hornets survive against the Aggies 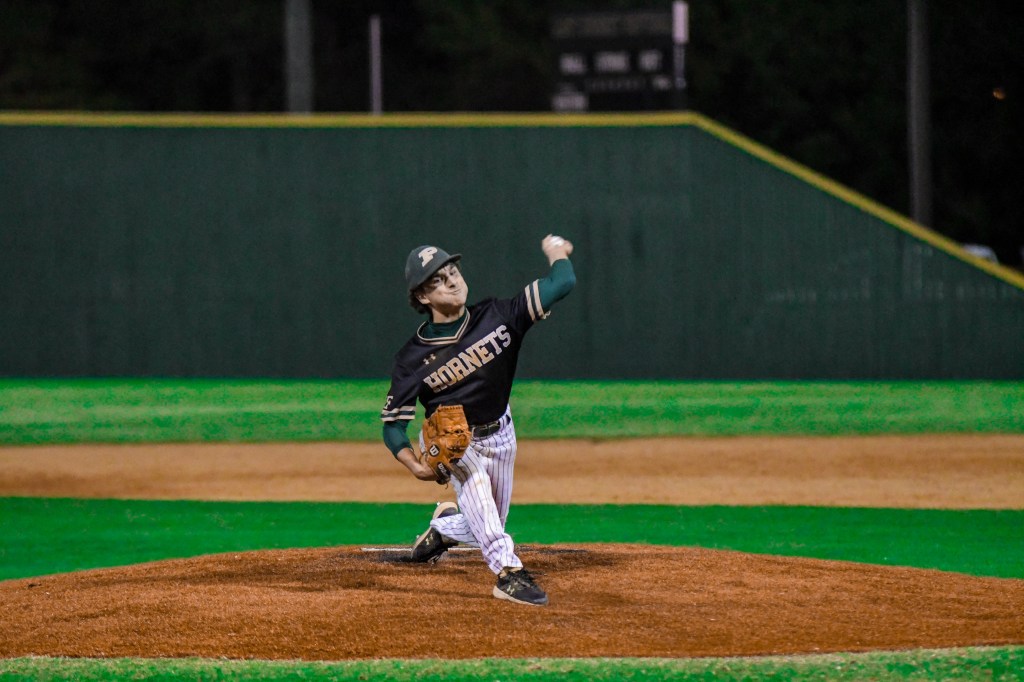 Pitcher Emile Pace throws a clutch game ending strike out to give the Hornets a 6-5 win over the Aggies on Thursday night.

The matchup went the full seven innings, and the Hornets pulled off a late 6-5 win.

At the top of the first inning, the Aggies claimed a 3-0 lead, but the Hornets answered in a big way by producing runners on base and ting the game at 3-3. They took a 5-3 lead after capitalizing off an Aggies error and a single RBI from Braxton Conerly.

At the bottom of the second, the Hornets tacked on one more RBI for a 6-3 lead.

The Hornets kept the Aggies off the scoreboard for five innings, but the Aggies went out with a fight. At the bottom of the seventh inning, Brock Shepard caught a deep fly ball for the Aggies’ first out, then Jayden Holden caught another deep fly ball for the second out. The Aggies then managed to get runners on first and second base, and a hit by an Aggies batter gave the team a bases loaded situation.

A fourth ball pitched by Emile Pace gave the Aggies a free run then a pitching error gave the team another score, suddenly putting the Aggies within one at 6-5. Pace stayed confident at the mound striking out the next batter to end the game.

Both teams will meet again as the Aggies hosted the Hornets on Friday, April 8, at 7 p.m.