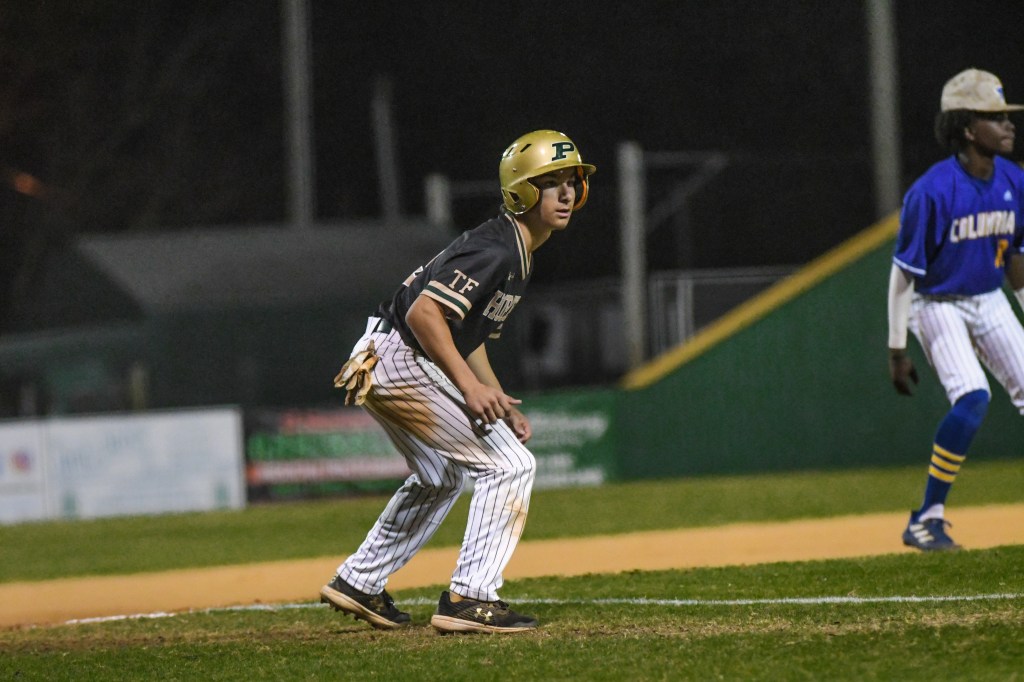 On Monday, the Poplarville Hornets took a 4-3 loss to the Columbia Wildcats in the team’s last regular season game.
This loss gives the Hornets a 17-7 overall season.
“It was one of those games where both teams struggled scoring runs, we hit some balls at people, made some plays on defense.
We weren’t willing to over exhaust our pitchers with playoffs starting Friday,” Poplarville baseball Head Coach Slade Jones said.
In the end, Jones said his athletes played well. The Hornets scored one run in the first inning but fell to 2-1 right after. Then Poplarville tied the game at 2-2 after a run was scored in the third inning. In the top of the sixth inning, Riley Passmen squeezed home with a go ahead run for the team’s first lead at 3-2. But the Wildcats answered by scoring two runs in the sixth to take a 4-3 lead.
Game stats: The Hornets had six hits over the Wildcats’ five.
Next for Poplarville is preparation for the 4A playoffs. The Hornets will play the Green County Wildcats (13-10) in game one at Leakesville this Friday, April 22 at 6:30. Game two will be the following Saturday at Poplarville at 7 p.m.
If needed, Poplarville will travel back to Leakesville on Monday at 6:30.
The Wildcats used to be in the same district as the Hornets one year ago, so the two teams have some history. Jones says the Wildcats play a lot like the Hornets.
“They get real aggressive in certain spots they put a lot of balls in play with two strikes. On the mound, they throw a lot of strikes, they don’t walk very many people. You could say they resemble us for sure. It will be a good matchup,” said Jones.
He added that if his team can limit or prevent walking batters, execute hits and runs, handle pitches while at bat with sacrifice bunts and make routine defensive plays, they’ll have a chance to win.
“All the little things, as always, they add up and become big things,” he said.
Jones and his players are taking a “new season,” mentality through playoffs as all teams holds a playoff record of 0-0.
We’ve played some really good baseball all year long and we don’t think we’ve really peaked yet, if we can get hot at the right time that will be real important,” said Jones.