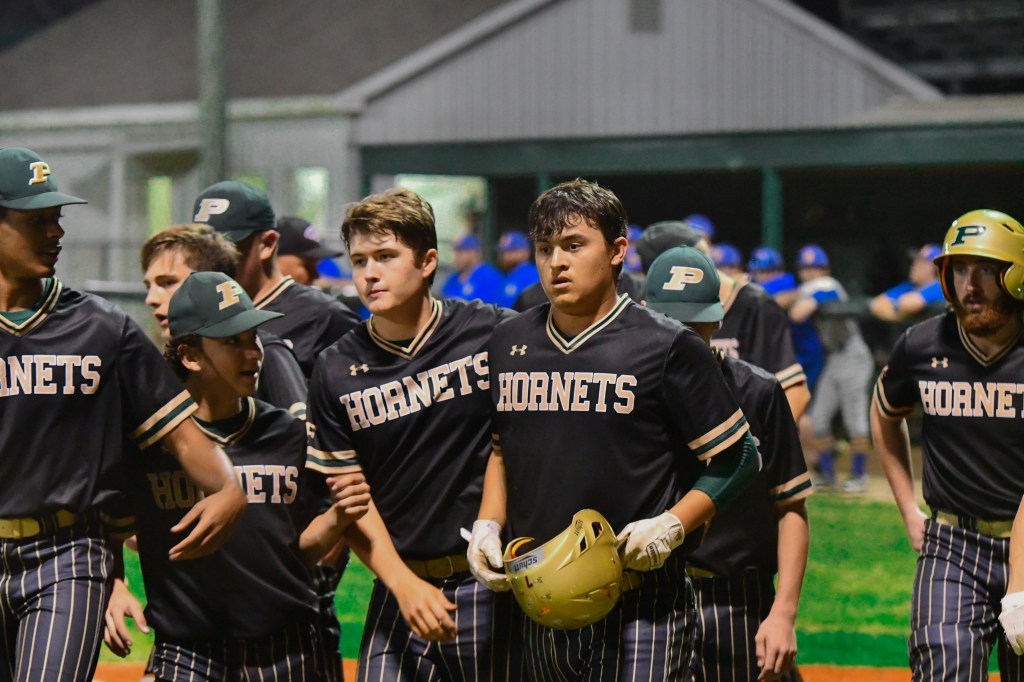 Joseph Blakeney and by his teammates celebrate his scoring run during previous action.

In the first round of the 4A state playoff championships the Poplarville Hornets tied the series at 1-1 with a score of 8-5 on Saturday night.

They’ll travel back to Greene County Wildcats on Monday, April 25 for game three.

Game one between these two teams ended 7-1 in favor of the Wildcats.

Game two was played on Saturday and the Hornets recovered in a big way winning 8-5. This time around the Hornets had a lot more production.

Game three will be played at Greene County High School in Leakesville at 7 p.m.