Hornets get knocked out of the playoff in game three 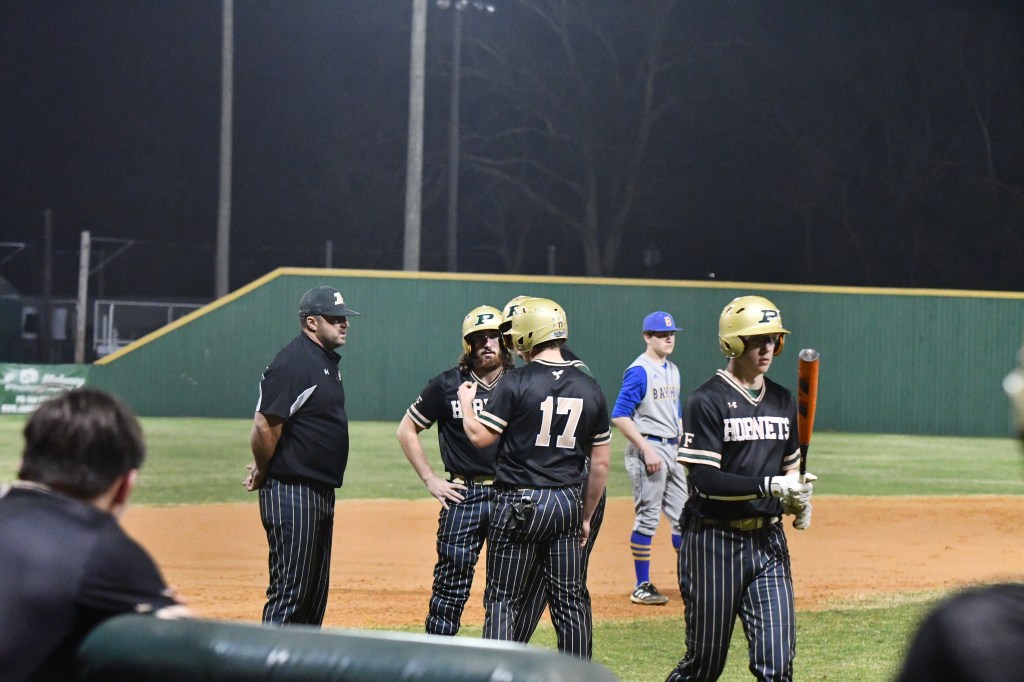 The season ended on Monday for the Poplarville Hornets after suffering a 5-1 loss to the Greene County Wildcats.

The game went the full seven innings but the deficit got large early. The Hornets got on the scoreboard first after Joseph Blackeney doubled to home on a pass ball. The Hornets loaded the bases twice and grounded in two double plays. But the Wildcats answered in the bottom inning with two runs. The Hornets’ deficit didn’t reach 5-1 until after the fifth inning. There, the Wildcats took the series win.

Game stats: three total hits, Blackeney 1B and 2B, Riley Passmen had 1B.

Baseball Head Coach Slade Jones said he is very proud if this year’s group and reflected on the year.

“The perception going in the season was that we may be young or in a rebuilding type situation, we never believed that. We don’t ever really view it as that, we viewed it as an opportunity to go and compete. Just because that was kind of the perception out there and they battled so well, and even making the playoffs in our district because we could of very easily been a two seed in that district. Our district is very, very strong. So I’m proud of them for that. They forced game three to a team that’s probably going to be in the quarterfinals at least.”

Jones did say that next year’s team might have to make some adjustments from being so left-handed heavy. After playing against the Wildcats, he learned right handed pitching would of helped in the series.

“Going into next year, we need to add some right handed arms to complement our lefties,” said Jones.

The Hornets will lose four seniors next season but will be a little older with more playoff experience.

The Hornets finished the season 18-9 overall, earned fourth place in district at 5-5 and went 1-2 in the 4A state playoffs.