Hensarling, May named Bulldogs of the Week 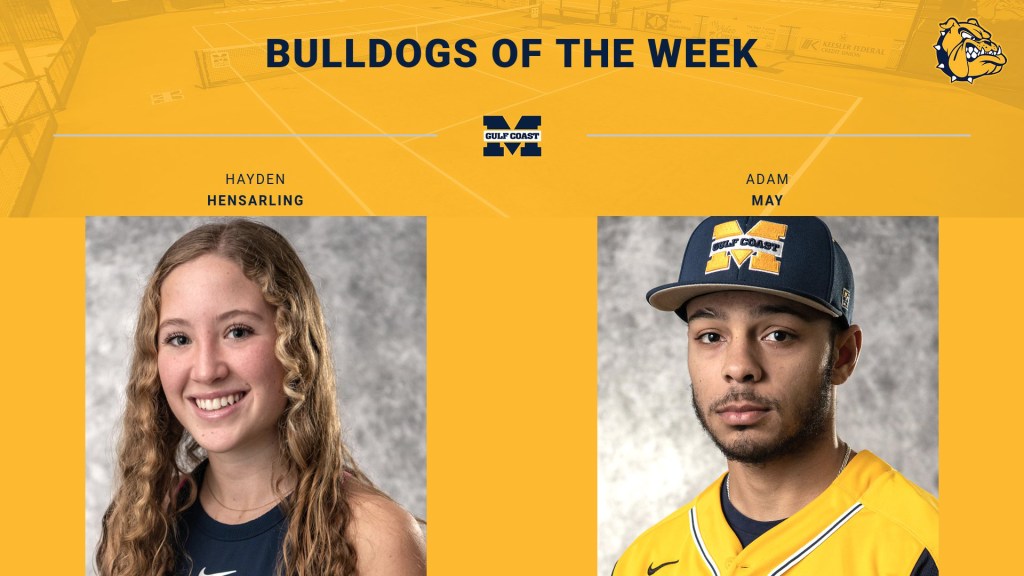 PERKINSTON — Hayden Hensarling and Adam May have been named Bulldogs of the Week for April 11-17.

Hensarling, a freshman from Ocean Springs, didn’t drop a game in two matches during a 9-0 sweep of Southwest Mississippi. She won her No. 3 singles match 6-0, 6-0 and teamed with Abigail Garman to win 8-0 in No. 2 doubles.

May, a freshman right-hander from Magee, beat Jones by striking out six in 6.1 innings. He allowed a run, four hits and just one walk in a 3-1 victory

Darcy Novak, a sophomore catcher from Hurley, batted .417 last week. She had a triple, two RBI and scored four times.

Kade Carpenter, a freshman center fielder from Vancleave, batted .467 last week for Gulf Coast. He had hits in all four games for the Bulldogs.

Pedro Molero, a sophomore from Maracaibo, Venezuela, lost only one game during two matches in a 9-0 sweep of Southwest Mississippi. He won his No. 3 singles match 6-0, 6-0 and teamed with Clay Fudge to win No. 1 doubles 8-1.