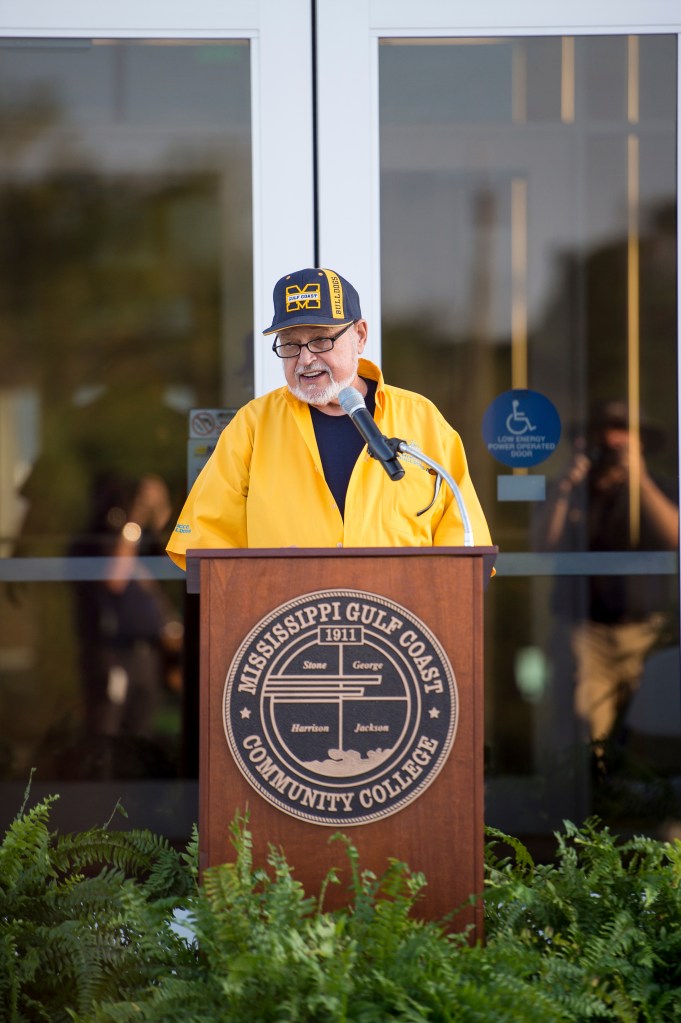 PERKINSTON — Mississippi Gulf Coast Athletics Hall of Famer Earl King, who was a star player as well as a benevolent alumnus, passed away April 13 in Houma. He was 77.

Visitation at Hargrave Funeral Home in Morgan City, La., will be held Tuesday from 6-9 p.m. and Wednesday from 9-11 a.m., with funeral services immediately following. Interment will follow in Morgan City Cemetery Mausoleum.

“Earl King will be greatly missed at Gulf Coast as he was an avid Bulldogs sports fan and supporter of the college for most of his life,” said Dr. Mary S. Graham, MGCCC president. “He had a tremendous giving spirit that was transformative for many students who received scholarships through the Foundation.”

King attended Mississippi Gulf Coast Junior College from 1963-1965 on a full athletic scholarship. He played offense and defense on the football team and was also on the track team. He received All-State Honorable Mention his freshman year and First Team All-State his sophomore year.

Founder of King Trucking Inc. in Louisiana, King also served on the MGCCC Foundation Inc. Board of Directors from 2005-2010. He has generously donated to the Foundation to provide student scholarships for many years.

In 2017, the athletic-education complex at A.L. May Memorial Stadium was named for him. Now known as the King Center, the state-of-the-art building serves as the home for the Bulldogs football team, as well as providing athletic training facilities for all Gulf Coast student-athletes as well as classroom facilities for the general student population.

King’s association with Gulf Coast started with a pressure-packed tryout with legendary football coach George Sekul. His family had moved to Biloxi for his senior year in high school, and he was ineligible to play.

“I gave everything I had that spring day,” he said before his induction into the MGCCC Athletic Hall of Fame in 2004. “I finished the tryout and looked up at Coach Sekul and said, ‘How’d I do?’ He said, ‘Sign here, kid.’ I thank God every day that I drove up Highway 49 for that tryout. Looking back, it was just one of those defining moments every person’s life needs.”

The full scholarship enabled him to afford college, and he was a two-way starter in 1963 as a running back and cornerback. He earned All-State Honorable Mention honors that season, and was an All-State First Teamer as a sophomore. He earned a full football scholarship at the University of Southern Mississippi, but his football career was derailed by an injury before his senior season.

He graduated with a degree in marketing and returned to Louisiana with $2,700 in seed money to start King Trucking Inc. King said he’s tried to take lessons learned at Perk to build his company on teamwork and discipline.

“I try to show my appreciation of college by supporting two scholarship programs,” King said. “Not everyone can play football to go to college. I just want students to get the same chance I received at Gulf Coast. It really was the genesis of the person I am now.”