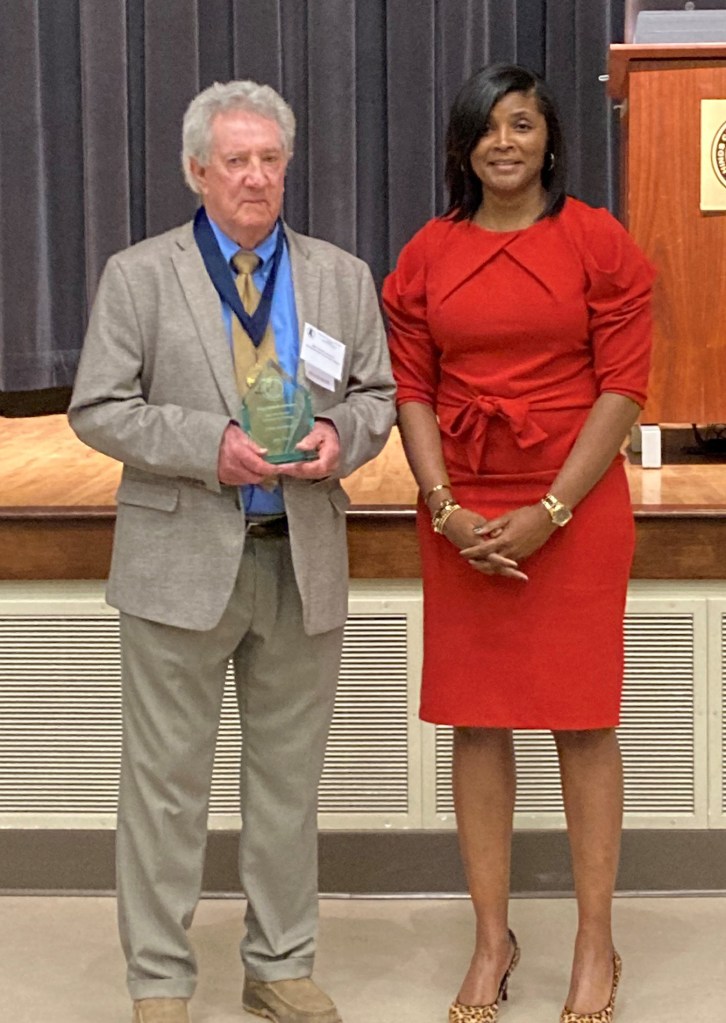 A graduate of Cumberland High School, Johnson arrived on the Scooba campus in 1951 and became a valuable member of one of East Mississippi’s most successful men’s basketball teams as a college freshman. The 1951-52 Lions posted a 26-6 record in finishing as conference runners-up. Eight players from that team, coached by W.F. Childres and Clayton Blount, are members of EMCC’s Sports Hall of Fame after moving on to play basketball at the senior college level, including Johnson’s good friends and fellow Mississippi Community and Junior College Sports Hall of Fame honorees Tom Scarborough and Mack Robinson.

The next season as the Lions’ only returning letterman, Johnson stepped up to become the team captain of first-year head coach Keyes T. Currie’s 1952-53 squad. Johnson owns the honor of being Currie’s first all-state basketball selection during the Hall of Famer’s storied career as basketball coach/athletics director at East Mississippi.

Johnson was instrumental in the establishment of the Keyes T. Currie Memorial Division of East Mississippi Community College’s Development Foundation in honor of his beloved junior college basketball coach.

Johnson transferred from the Scooba campus to Delta State University for the 1953-54 and 1954-55 academic years, where he continued his education on a basketball scholarship as a starting guard for the Statesmen.

Following his college days, Johnson joined the United States Army as a paratrooper and was stationed at Fort Campbell, Ky., before receiving a hardship discharge after two years (1955-56) to help take care of his parents and their family farm in Mantee. Johnson also spent eight years in the U.S. Army Reserves.

Johnson worked 10 years (1958-67) for the federal government in the Department of Agriculture and Commerce and the Bureau of Public Roads. While continuing to farm and raise cattle following his government work, Johnson managed Nu-Way Building Supply in Mantee before purchasing the business in 1984 and later opening a second location in Eupora. The successful businessman retired in 2013.

Johnson and his wife, Marie, whom he married in 1985, currently live on the same land on which he was born and raised in Mantee. He has one son, Jody, and one daughter, Mary Margaret (Williams), along with four grandchildren and five great grandchildren. Johnson and his first wife, Mary (Stevens), were married for 18 years before her death in 1981. They also had a third child – son, Curt, who died at age 3 in 1976.