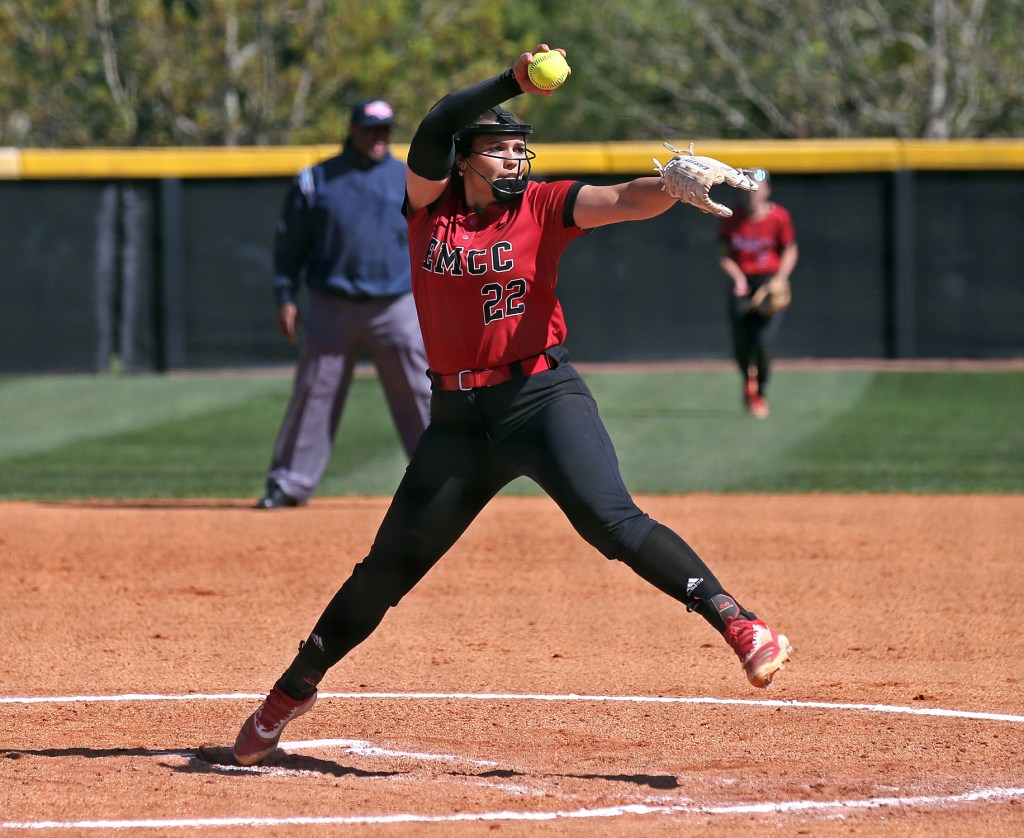 Featuring a pitchers’ duel between EMCC’s Laken Firth and Yazmin Jackson of Delta, the opener remained scoreless through the first four innings. A two-out rally by the Lions in the fifth inning produced four runs for the visitors. Maggie Meadows’ single ignited a string of six straight hits that featured a two-run double by Celeste Study sandwiched between run-scoring singles from Jenna Kirkland and Aislynn Cochran.

EMCC added another insurance run in the sixth inning before the Trojans finally got on the board a frame later with Taryn Clark’s RBI single.

In the circle for the visitors, Firth won her sixth game of the season by scattering eight hits while walking only one with two strikeouts during her complete-game victory.

The second game belonged to Mississippi Delta from its opening at-bat. The Trojans batted through the lineup and capitalized on some infield errors by the Lions to cross the plate five times in the first inning. Delta added a solo run two frames later on Clark’s RBI triple off EMCC pitcher Taylor Watkins.

After cranking out 11 hits in the opener, the Lions could only muster four hits off Delta pitcher Mia Pumila during the nightcap. Meleah Pogue led the way for EMCC with a double and a single.

First-year head coach Whitney Hawkins’ EMCC Lions (8-37, 4-22 MACCC) will close out the regular season on the road by taking on Hinds during Friday’s doubleheader action beginning at 4 p.m. in Raymond.