EMCC Lions fall twice to No. 5 Jones to close out home softball slate 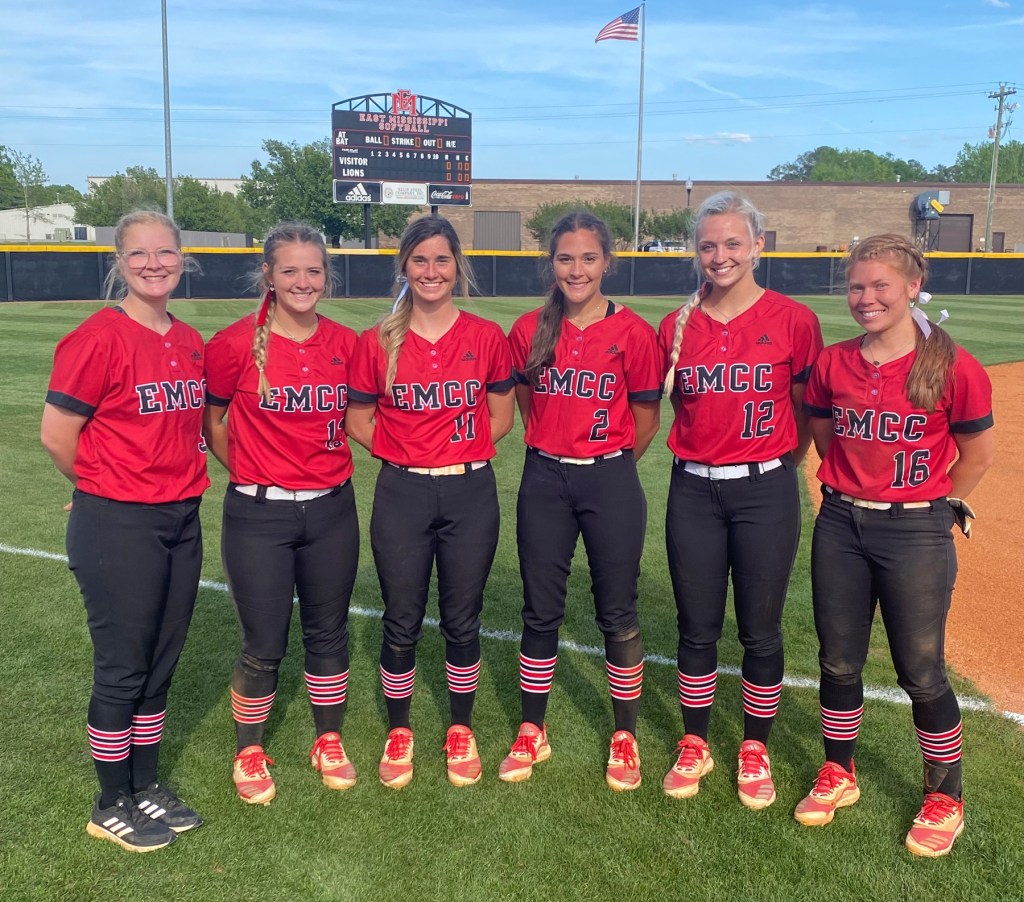 The opening contest featured a pitchers’ duel between EMCC’s Taylor Watkins and Holly Craft of Jones for the first five innings. A sophomore left-hander out of Sebastopol, Watkins mostly kept the visitors off stride through the early going. She only allowed the Bobcats an unearned run in the second inning on Kathryn Smith’s RBI double and then gave up a second run in the fifth with the aid of four walks.

Ignited by Lindsay Henson’s leadoff homer in the sixth, Jones exploded for 13 runs while sending 17 batters to the plate during the inning. The frame featured two home runs by Aaliyah Dixon, who hit a two-run homer in the inning and followed with a three-run blast in her next at-bat. Craft added a pair of run-scoring doubles in the inning, though her attention quickly turned to some unfinished business in the bottom half of the frame.

A freshman right-hander out of Raleigh High School, Craft returned to the circle to finish off a six-inning perfect game for the Bobcats. The Pineville native retired all 18 EMCC batters she faced in consecutive order with 10 strikeouts, five fly ball outs and three groundouts.

The nightcap proved to be competitive throughout the seven-inning contest. After Jones plated a pair of runs in the opening frame on RBI doubles by Lauren Lindsey and Carly Lewis, EMCC countered with Celeste Study’s two-out, run-scoring single in the home half of the inning.

The Lions then took their only lead (3-2) of the afternoon when Abby Stephens and Aislynn Cochran opened the fourth inning with back-to-back doubles off Henson.

Following three scoreless innings thrown by EMCC starting pitcher Laken Firth, the Bobcats put up runs during each of the last three frames to seal the win and complete the sweep. An RBI double by Lindsey followed by Henson’s sacrifice fly made it 4-3 after five innings. Jones then plated its leadoff batters the next two frames on Dixon’s RBI triple in the sixth and Lewis’ run-producing single – both with two outs – an inning later.

The Lions managed eight hits off Jones pitching in the second game. Stephens, one of six EMCC sophomores recognized during pre-game festivities, led the way at the plate going 3-for-3 with a double and two singles. Freshman third baseman Jenna Kirkland also added two singles for the Lions.