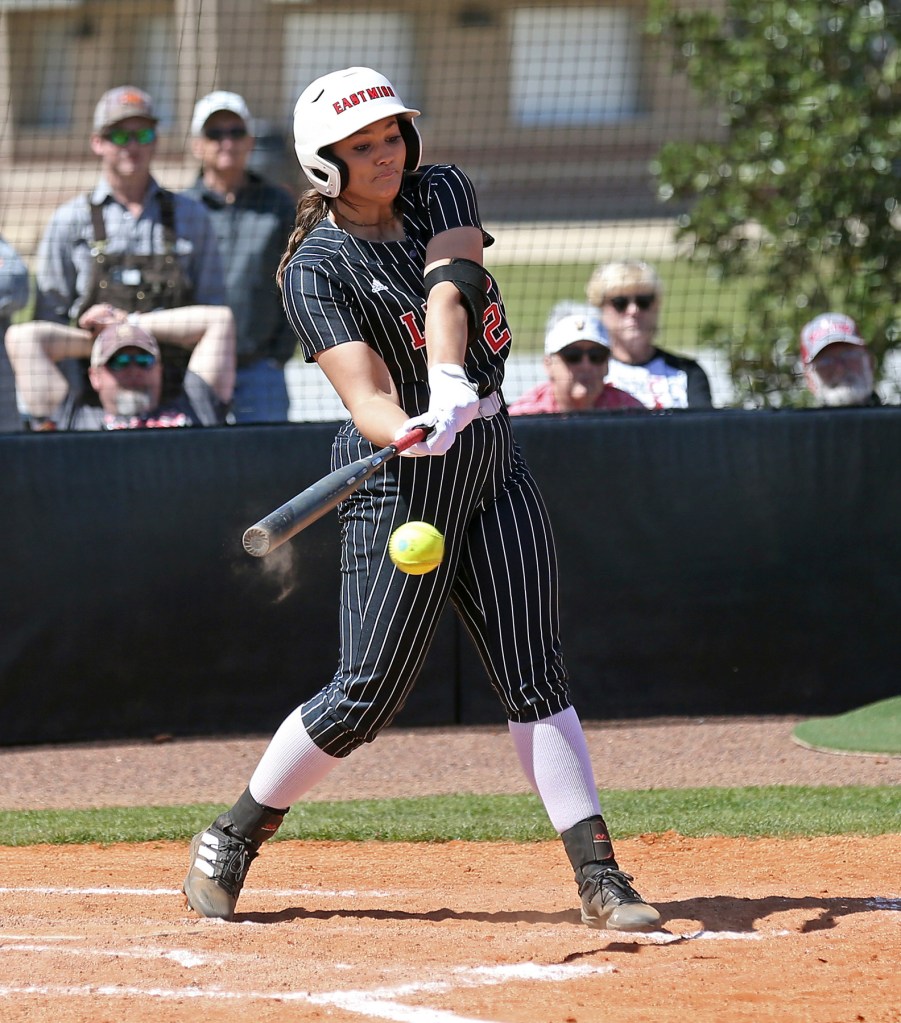 SCOOBA — In a pair of hard-fought, extra-inning contests that amounted to three regulation softball games, the Lions of East Mississippi Community College fell twice at home to Holmes – 10-9 in 10 innings and 11-9 in 11 innings – during Wednesday’s MACCC softball action played at the EMCC Softball Field.

In the opening game, the Lions staked starting pitcher Laken Firth to an early 2-0 lead on RBI singles by Celeste Study in the first and third innings.

The scoring picked up in the fifth inning when both teams combined for 10 runs in the frame. With the help of two EMCC errors, Holmes’ four singles generated four runs. The Lions answered by batting around in the home half of the inning and producing six runs on five hits to take an 8-4 lead.

Two frames later in the scheduled seven-inning contest, the Bulldogs put together another four-run inning with the help of run-scoring doubles by Elleigh Willis, Hallie Billie and Julianna Ingram to knot the score and extend the game.

Following a pair of scoreless extra innings, the visitors plated the eventual winning run on Ingram’s leadoff two-run homer in the top of the 10th inning that also drove home the placed runner from second base while utilizing the international tiebreaker rule.

Cranking out 14 hits during each contest of the twin bill, the Lions were led by Study’s 4-for-5 showing at the plate in the opener with four runs batted in. Jenna Kirkland was 3-for-5 with three runs scored and two runs batted in.

During the nightcap, it was EMCC’s turn to play catch-up after the visitors manufactured a pair of runs during each of the first two innings off Study to take an early 4-0 advantage.

The Lions proceeded to chip away at the deficit by knotting the score over a four-inning span. After getting on the board in game two on Kirkland’s RBI single in the fourth, EMCC closed the gap to 4-3 on Maggie Meadows’ two-run double the next frame. Kirkland then sent the game into extra innings with a two-out, run-scoring double in the bottom of the seventh.

Following a scoreless eighth, the two teams matched two-run efforts in their next at-bats. Willis’ two-run double in the top of the inning was countered by Kirkland’s game-tying, two-run single in the home half to send the game to the 10thtied at 6-6.

After both teams pushed across their respective placed runners in the 10thinning with the international tiebreaker rule in effect, the Bulldogs were able to capitalize on a fly ball error during a four-run 11th inning that was capped by McKayla Crowley’s key two-run double. The Lions countered with a pair of scores and got the potential tying run to the plate with two outs, but Willis got the final out to preserve her second win in relief on the day.

Kirkland, out of Greensburg, La., finished off a productive 7-for-11 afternoon at the plate with three doubles, six runs batted in and four runs scored on the day by going 4-for-6 with two doubles and four RBIs in the nightcap. Meadows and Carley Martin added three hits apiece for EMCC in the second contest.

Coach Whitney Hawkins’ EMCC Lions (7-34, 3-19 MACCC) are scheduled to conclude the regular-season portion of their home softball slate by playing host to nationally fifth-ranked Jones College during a Saturday (April 23) afternoon doubleheader. First pitch is set for 1 p.m. on the Scooba campus.