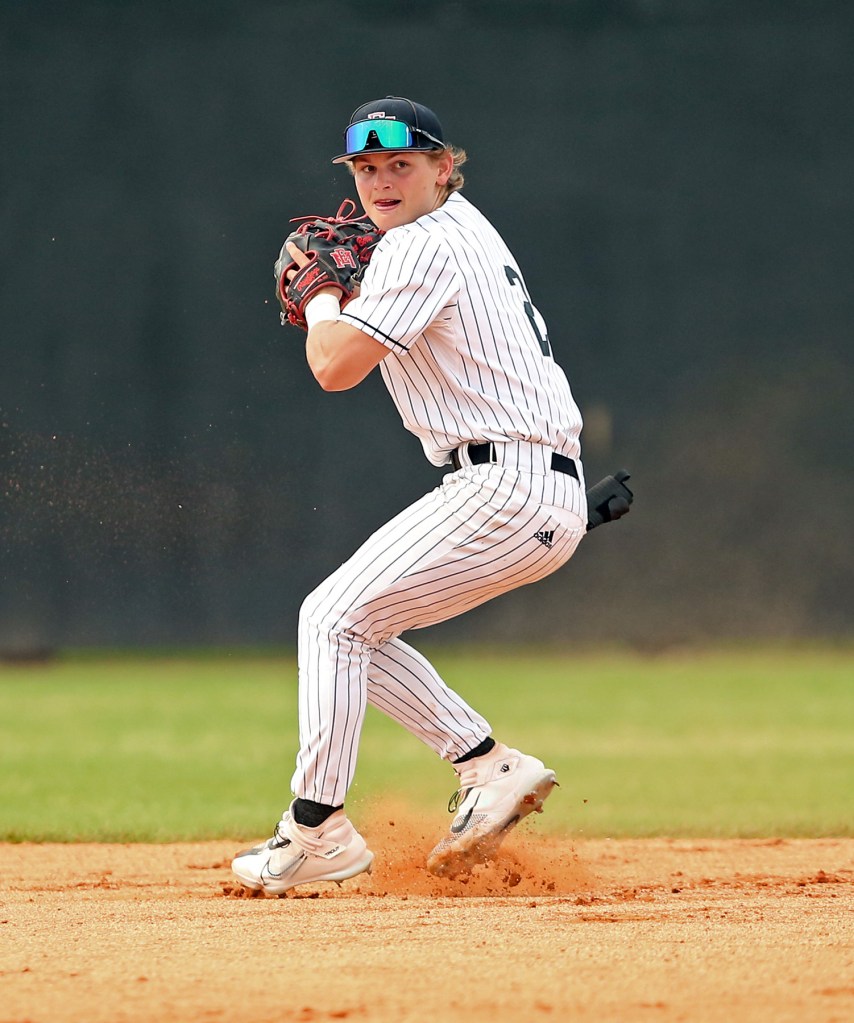 SCOOBA — The Lions of East Mississippi Community College swept their fifth conference baseball doubleheader of the season by posting 12-2 and 9-1 home wins over Coahoma during Tuesday’s MACCC action played at Gerald Poole Field.

With the Lions’ offense getting 12 hits in each contest, EMCC’s quartet of pitchers combined to limit Coahoma to just nine total hits during the twin bill.

In the opening game, the Lions scored in all but one of the six innings played during the run-rule contest, including a trio of three-run frames. Following a three-run blast by Wesley Sides – his team-leading ninth homer of the year – in the first inning off Coahoma starting pitcher Ethan Spencer, EMCC repeated with three more scores the next frame on Blayze Berry’s two-run triple and a sacrifice fly by Sides.

With the lead well in hand throughout the game, the Lions led 7-0 before the Tigers got on the board with a run in the fourth inning on Ethan McNatt’s RBI single. EMCC’s margin later increased to 9-1 when Kade Shannon and Hunter French both singled in runs in the fifth.

After the visitors pushed across their second run in the sixth, EMCC tallied another three runs in the home half of the frame to shorten the scheduled nine-inning opener due to the MACCC’s 10-run mercy rule. Started by Sides’ leadoff double, the Lions ended the game early on RBI singles from Zack Griffith and Coby Holmes.

On the mound for the Lions in the opener, sophomore right-hander Jonah Posey picked up his first victory of the year and second career win by giving up just two hits with four strikeouts over the first four innings. Parker Wood closed out the opener for EMCC.

In the nightcap, the Lions put up a pair of runs in the second and third innings to move ahead 4-0. Medlin’s two-out, two-run single in the second was followed an inning later by another two-run frame that featured five singles.

EMCC then answered Ryan Sessums’ solo homer in the fifth inning by batting around in the home half to generate five more runs on three singles, three walks, a hit-by-pitch, and a fielder’s choice.

With all nine members of EMCC’s batting lineup getting a hit in the second game, the Lions had two-hit efforts by Berry, Holmes and French.

In making his first collegiate pitching start, EMCC sophomore right-hander Jonah Caskey scattered four hits with a pair of strikeouts over five innings to earn his second win of the year and third career victory. Austin Garrison worked the final two frames on the mound for the home-standing Lions.

Currently in second place in the MACCC baseball standings one game behind nationally second-ranked Pearl River, head coach Brett Kimbrel’s EMCC Lions (18-13, 13-5 MACCC) are scheduled to take on the ninth-ranked Meridian Eagles on the road in a Friday (April 15) doubleheader. First pitch is set for 2 p.m. at MCC’s Scaggs Field.