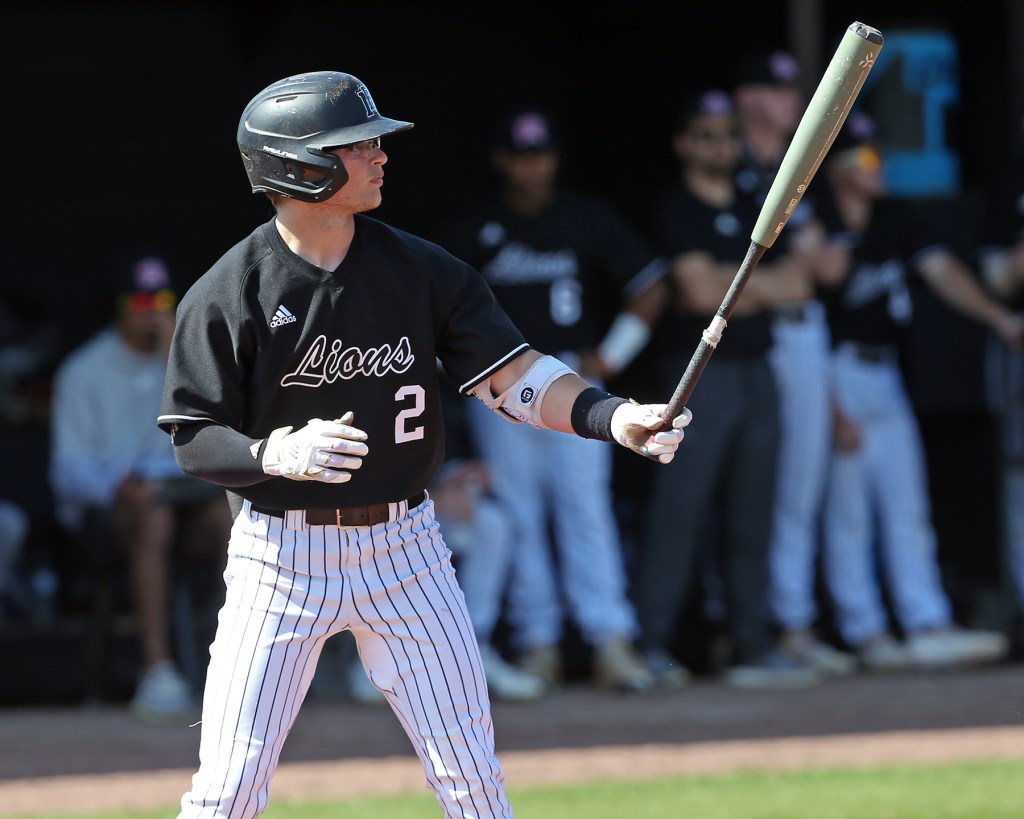 Following a pair of scoreless innings to begin the opener, the visiting Lions took early command of the contest with Wesley Sides’ three-run homer off PRCC starting pitcher Sam Hill in the third inning. A frame later, EMCC pushed the lead to 4-0 when Coby Holmes’ sacrifice fly plated Kade Shannon, who led off the inning with an infield hit in front of Will Crawford’s double.

That early run production was all EMCC starting pitcher Kylan Stepter would need during the nine-inning opening contest. The sophomore right-hander from Hernando kept the high-powered Pearl River offense off stride throughout his six-inning stint on the mound. Along with giving up just two singles, both to leadoff batter Gabe Broadus in the third and fifth innings, Stepter only allowed three runners to reach scoring position.

While PRCC reliever Dakota Lee held the Lions scoreless over the last five innings, the Wildcats managed to get on the board with solo runs in the seventh and eighth innings off EMCC reliever Andrew Lewis. With Pearl River’s leadoff batter scoring both innings, Broadus’ sacrifice fly plated PRCC’s first run. Alex Perry cut the deficit in half with a leadoff home run in the eighth.

Lewis then retired the Wildcats in order in the ninth to pick up his second save of the year. Stepter struck out three and walked four to improve to 3-1 on the season. The tandem combined to limit the Wildcats to just five hits.

Offensively for the Lions in the opener, Shannon, Crawford, Blayze Berry and Beau Bates all had two hits apiece.

The Wildcats responded by grabbing the early lead in the scheduled seven-inning nightcap by scoring a pair of runs in the second inning following Ian Montz’s leadoff double off EMCC starting pitcher Cade Davis.

After the Lions cut the deficit in half the following frame on Ethan Medlin’s sacrifice fly, Pearl River got the run back by manufacturing a two-out run in the fourth inning.

Following a leadoff single by Blayze Berry in the sixth inning, EMCC knotted the score at 3-3 on Sides’ team-leading eighth home run of the season off PRCC reliever Bobby Magee.

As the nightcap went into extra innings, the Pearl River bullpen proved to be the difference in the game. After the Sides homer in the sixth, PRCC relievers Landen Payne and Blake Hooks combined for 10 strikeouts over the last four innings. Payne fanned eight of the 11 EMCC batters he faced during his three-inning stint.

The Wildcats pushed across the winning run in the bottom of the ninth after D.K. Donaldson and Taylor Woodcock opened the inning with a single and a walk, respectively. John Griffin Bell’s chopper up the middle was then flagged down by EMCC reliever Gabe Garner, but the right-hander’s throw to second base sailed into center field allowing the winning run to score.

Berry had three singles in the second game for the Lions, while Sides added a pair of hits.

Coach Brett Kimbrel’s EMCC Lions, 15-10 overall and 10-2 in MACCC play after having their nine-game conference winning streak snapped, are scheduled to play a Wednesday doubleheader (April 6) at Northeast Mississippi.