Easley making a name for herself in the music industry 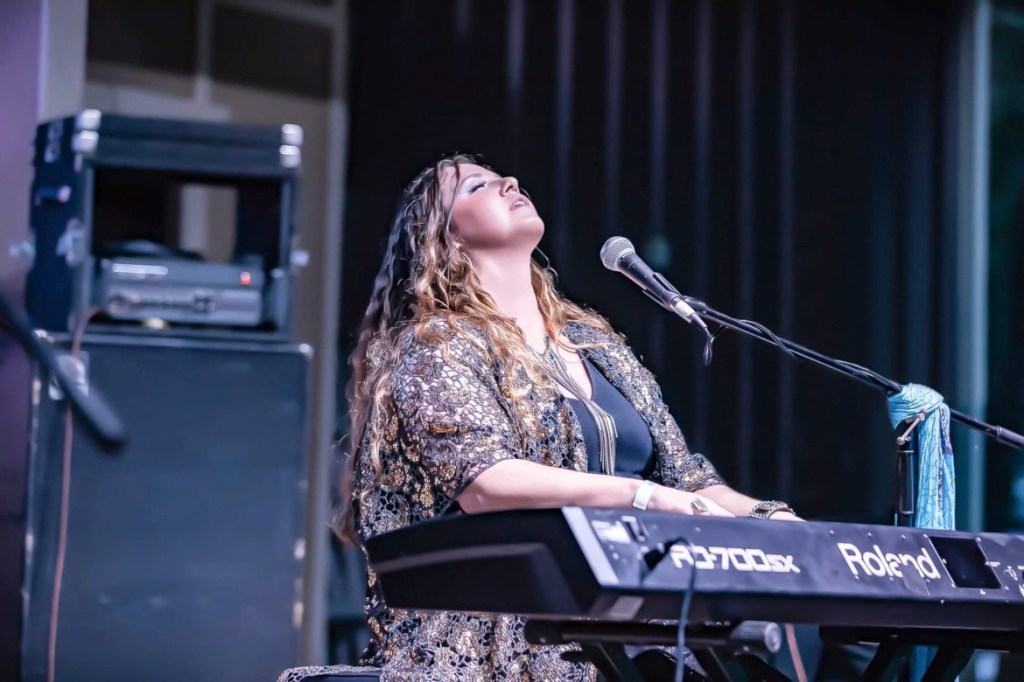 Angela Easley performing at the Camping With The Blues Festival.

“Not many artists in history have ever been number one all of those platforms,” said Easley.

After learning of the success of her new album, she has some initial reactions.

“Oh my God, I was so excited… I have prayed and worked so hard for this and everybody that knows, knows I’ve worked so hard and I’ve been promoting this album for a while. I knew God was going to be faithful to my heart. Yes it was a huge surprise but in a way it wasn’t because God is just faithful like that,” said Easley.

Easley was 8-years-old when she lived in Pearl River County. At about that time, she started performing publicly, but now she’s branched out and became an independent star. She would later start her own band, move to Nashville, acquire shows and concerts to play at and then build her label, publishing and production company.

Easley started her own band called the Angela Easley band after she graduated high school. Her New Orleans based band played in the casino circuits across the United States for several years. When Easley was 24 she relocated to Nashville Tennessee and turned her New Orleans based band into a nationwide band. Since that transition, Easley says the band has been going strong.

“I’ve had a lot of amazing opportunities throughout the years,” she said.

She has residency at Bourbon Street Blues and Boogie Bar, a venue in Nashville where she’s lived for five years and a radio show in Nashville called “Angela Easley’s Rock & Blues Roots Review,” every week on “Radio Free Nashville” 103.7 FM and 107.1 FM.

Easley has wasted no opportunity to brand herself and her music. She’s created her own independent record label called Class A Records and began a publishing and production company under the same name.

With all these accomplishments, she said she is not done yet.

“Oh I’ve got a lot more boxes to check, you never get to where you really want to be, there’s always room for growth,” said Easley.

“Just continue to grow my brand and name and do good things with it. My whole philosophy with my music and everything I do is to encourage and up lift and unite people. You know, music heals hearts and that’s what I want to do with my music,” she said.

Last year Easley won the Female Vocalist of the Year from the International Singer Song Writer Association (ISSA). This year she has been nominated in 10 categories for the ISSA award. There will be a public vote for which artist wins awards and anyone can vote for Easley on the ISSA website. Voting will last until April 30.