Davis knocks the Maroon Tide into round two. 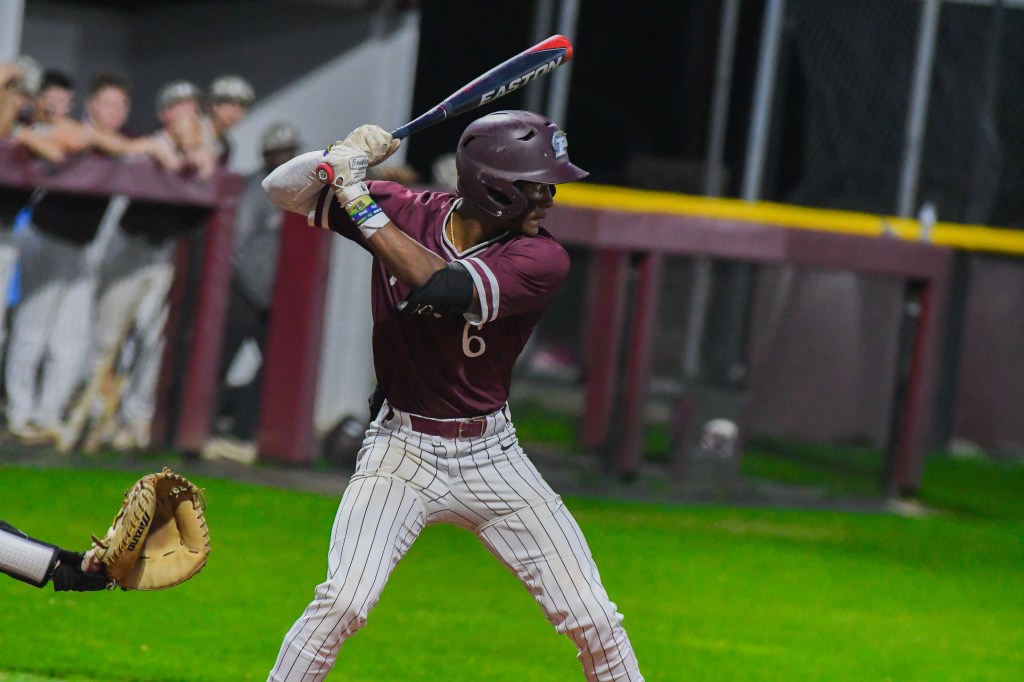 Chris Davis ready's himself at the plate during the Maroon Tide’s game two win over the Mustangs in the 5A state playoffs.

On Monday night, the Picayune Maroon Tide punched its ticket to the second round of the 5A State playoffs due to strong defense and a lead-stealing homerun by Chris Davis.

The Maroon Tide trailed the West Jones Mustangs 1-0 after three innings. At the top of the fifth and with two outs Chris Davis hit a momentum swinging two-hit homerun to put the Maroon Tide up 2-1. That play was the last of any other runs in the following innings, giving the Maroon Tide the series steal.

“It’s a big win, we get to play another baseball game this weekend,” said Picayune baseball Head Coach Evan Nichelson. “Tanner Busby was lights out, he went seven innings, allowed two hits, and the defense did well behind him. And then Chris Davis had a big two-run homerun, which was the difference maker in the game. The kids played hard, I feel like they’re starting to believe a little bit that they can play with anybody. It was a good momentum win,” he said.

Game stats: One homerun and two total RBIs from Chris Davis. Two total runs, one from Davis, and the other from Justin Stockstill. The Maroon Tide had 26 plate appearances and 24 at bats in the game. Busby had four strikeouts with one earned run.

The Maroon Tide advances to round two of the 5A playoffs with the South Jones Braves standing in the way. The Braves are a first seeded team that finished the regular season 22-6.

“We’re going to face a very good baseball team, they got a great baseball atmosphere, and they’re coached very well,” said Nichelson. “We’re just going to have to play every pitch and take it one pitch at a time and execute the best we can.”

Nichelson said the keys to winning this series are the same as always; defense, making routine plays, throwing strikes, and offensively applying pressure and grinding out at bats.