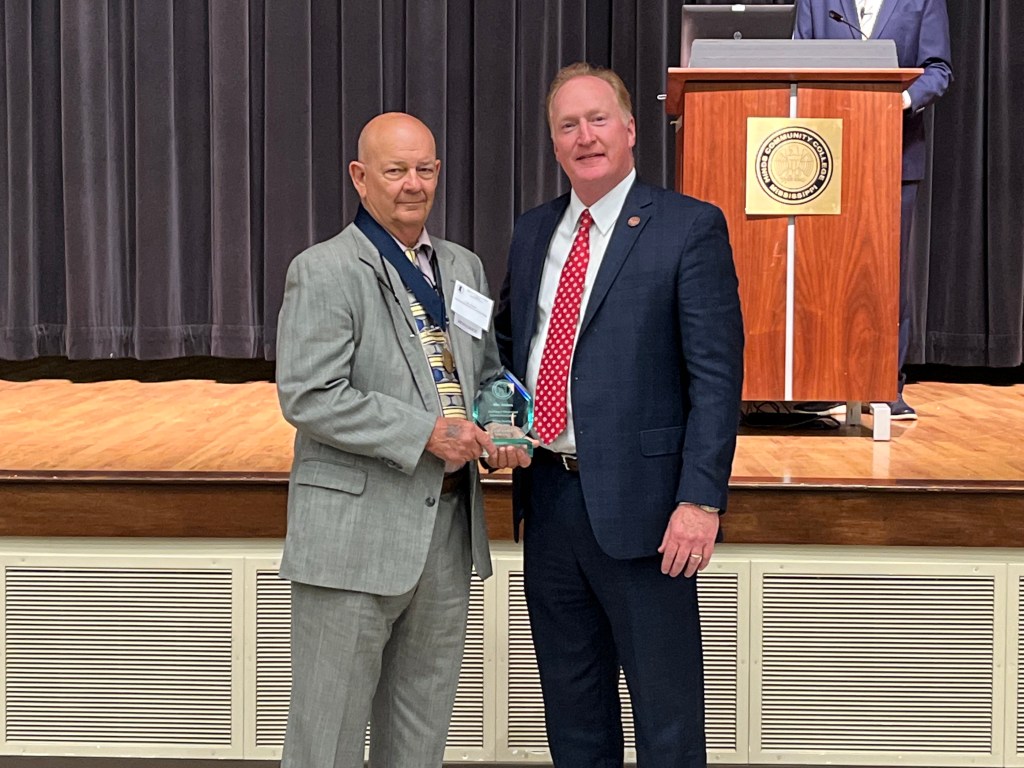 Mac Anders has had many accomplishments in his football career as both a player and a coach.

And this week, he added another.

For Coach Anders he was incredibly humbled for the honor and to be recognized with other athletes and coaches.

“There were a lot of great athletes on that podium tonight,” he said. “I was just honored to be amongst them. I didn’t realize how fortunate I was up until tonight when I read through the program and read the names of the players that have been recognized over the years.”

Anders — a native of Amite, Louisiana — moved to McComb to play football following the passing of his brother. After starring at McComb High School as a defensive back, Anders enrolled at SMCC playing both defensive back and wide receiver. He earned the Most Valuable Player award and an Honorable Mention All-State Junior College nod.

From there he spent a year each at Southeastern Louisiana University and Delta State University earning a Bachelor of Science degree at the latter.

His coaching career began in Biloxi at Notre Dame High School as an assistant coach before assuming the same role at Leland Academy. In 1974, Anders returned to his alma-matter in Summit, coaching under Floyd Davis. In addition to his coaching duties, Anders was on “Bear Patrol” patrolling the live Bear cage preventing individuals from rival schools letting the live bear out to roam free.

Anders was Head Coach and Athletic Director at North Pike Schools from 1983-2006 where he was known as “Coach Mac”. During his time with the Jaguars, Anders led his team to the District 7-3A playoffs and a Division 13 Championship.

Following his retirement in 2006, Anders got into radio work, broadcasting games for Franklin County and Southwest football.

In 1996, Anders became an inductee in the Southwest Mississippi Community College Hall of Fame.

“It is an honor that I never thought that I would have received,” Anders said. “When I got the athletic award at Southwest a couple of years ago, I really didn’t think about it until I got there, and it hit me. I feel the same way about this. I wasn’t sure what to expect and it is really humbling to receive this award.”

Anders added that the whole experience of being an inductee among many great athletes hasn’t fully sunk in yet.

And one added bonus for Anders was the fact that he got to share his special moment with his family in attendance. He gave praise to his family especially wife Brenda, daughters Kim Rush and Kellie Donahue and grandchildren, Megan, Jordan and Cade Rush and Caroline Donahue.

“It is special,” he said. “I don’t have enough to describe how I feel. My wife has been through the thick and thin with all of the coaching that I have done. Our daughters were cheerleaders and the grandkids have come along. It is special for them to come and be a part of this.”