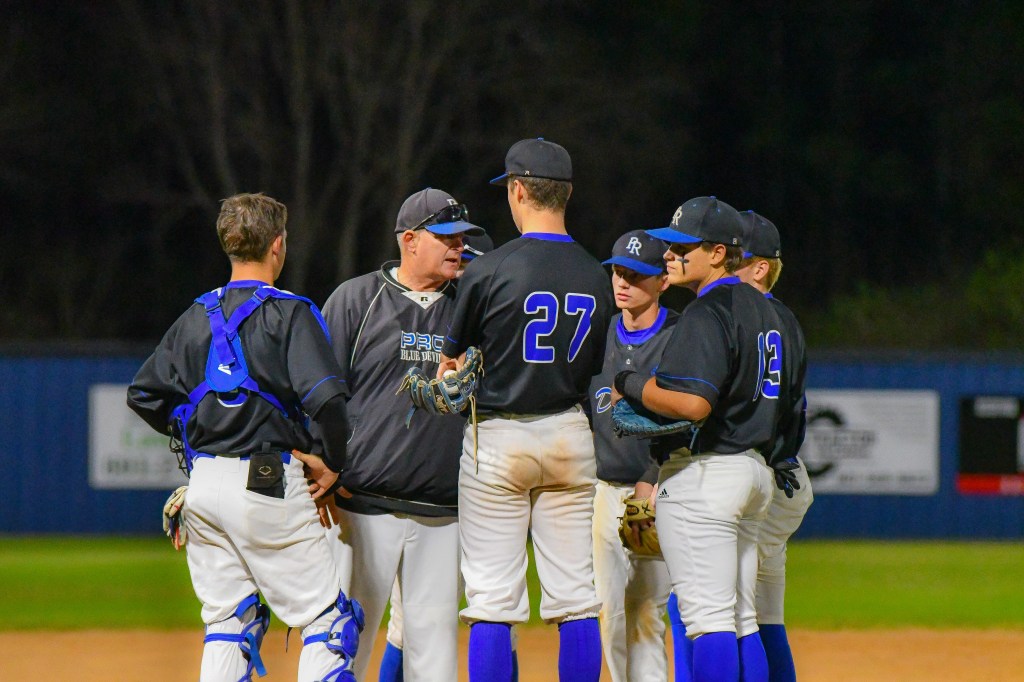 The No.1 seeded Pearl River Central Blue Devils baseball team will host the George County Rebels this Friday in the second round of the 5A state playoffs.

The Blue Devils have seen the Rebels twice this regular season. After winning the first outing, 6-3 the next few days the Blue Devils lost 3-2. The Rebels finished the regular season 20-8. They beat Wayne County in round one of the state playoffs in three games this past weekend.

“Whoever we see is going to be a good opponent, as you move forward you’re going to continue to see good teams… anybody at this time of the year can win,” said Walther.

The Blue Devils have playoff experience, so Walther isn’t expecting them to be rattled by any means. But Walther said having the first week as a bye “stinks.”

“The bye isn’t necessarily an advantage.” He added.

Through the week the Blue Devils spent time working on pitching and batting in practice, but live at bats aren’t the same as game in bats.

Every remaining team in the playoffs has the same goal of winning this year’s championship. Currently there are four more series to be played before any team is holding that trophy. As such, Walther doesn’t want his players thinking beyond the current game at hand.

“Obviously we want to go as far as possible, and any time we’re not playing in that last game of the season it’s a disappointment, but really I just want them to think of the game at hand and not think about a week or two weeks down the line. They got enough to worry about anyways with one opponent,” said Walther.

Walther says the team isn’t too worked up with playoffs nearing since his athletes are backed by a lot of playoff experience. Three of the current players started as freshmen in 2019, which was a team that had a playoffs run and seven other freshmen played productive innings.

“They’ve been through this,” said Walther.

Game one will be at PRC this Friday at 7 p.m. Game two will be the following Saturday at Lucedale MS at 7 p.m. If necessary, game three will be on Monday at PRC.