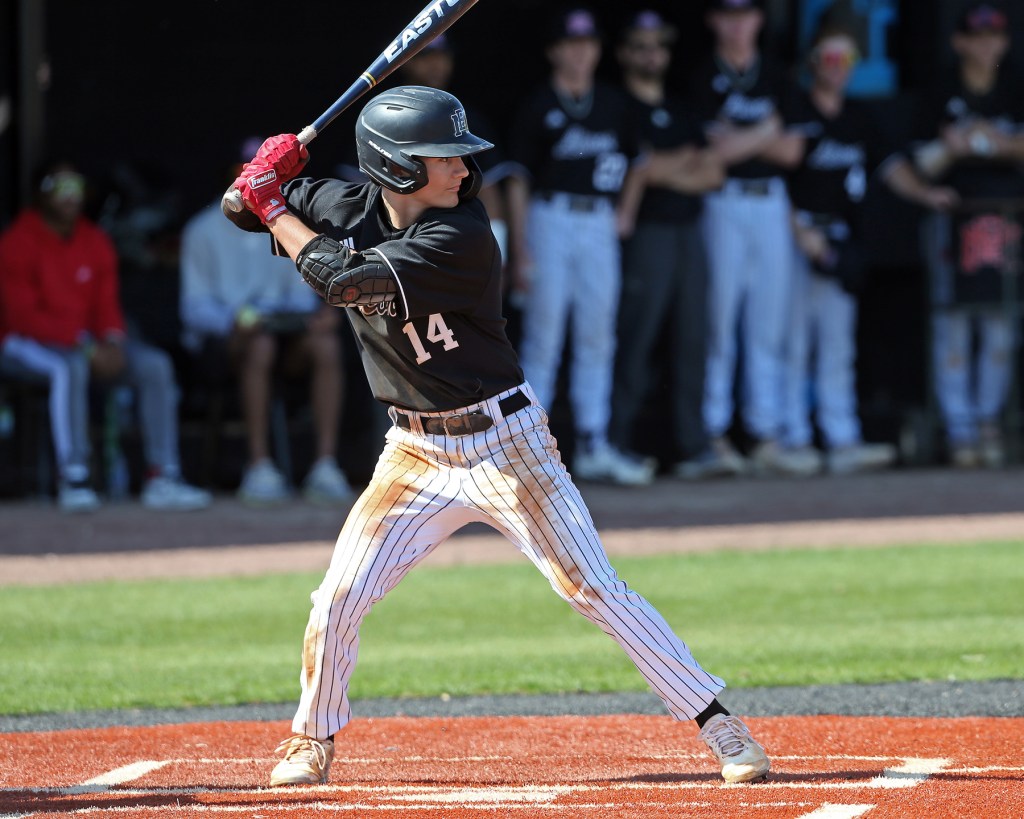 With both games having been decided by the MACCC’s run-rule margin of 10 or more runs after five innings of play, EMCC scored 12 unanswered runs to earn the split after Meridian plated 13 straight runs to close out the opener.

On the heels of their opening-game setback, the Lions turned the tables on the Eagles in the second contest after Meridian took a short-lived 1-0 lead on Bo Gatlin’s first-inning RBI single. EMCC reached MCC starting pitcher JT Etheridge for a pair of runs in both the second and third innings to gain early control of the nightcap. Trey Trosclair followed up his leadoff homer in the second – his fifth of the year – with a run-scoring single a frame later to give the visitors a 4-1 lead.

The Lions continued to give Berry plenty of run support with a five-run fourth inning keyed by Coby Holmes’ three-run blast – his fifth homer of the season – plus three more insurance runs a frame later to reach the run-rule margin.

With EMCC putting up a dozen runs on 10 hits, Berry settled into an impressive groove after allowing the first-inning solo tally. While facing just three batters over the minimum during his five-inning stint, the UAB signee only allowed one other runner into scoring position. Berry, out of Columbus’ Heritage Academy, threw 45 of his 65 total pitches for strikes with four strikeouts and only one walk to improve to 3-1 on the year with his third complete game.

At the plate for the Lions in game two, Ethan Medlin led the way by going 3-for-3 with three runs scored at the top of the lineup. Trosclair, Holmes and Beau Bates each contributed two hits and combined for seven RBIs between them in the middle of EMCC’s lineup.

It was the visiting Lions that had the early advantage in the opening game after plating a pair of first-inning runs off MCC starting pitcher Cortez Dennis. A two-out RBI single by Bates was followed by Trosclair’s run-scoring double.

That was all the offense the visitors would be able to generate in the opener, however, as Dennis limited EMCC to just two more hits over the last four innings.

The home-standing Eagles scored their 13 runs with a five-run second inning followed by eight additional runs a frame later. While MCC’s Dennis went the distance, the Lions went through four different pitchers in as many innings. Kylan Stepter started the opening game for EMCC, while Andrew Lewis, Ian Dillon and Jackson Siler all received work out of the bullpen.

Currently tied for second place with Hinds in the MACCC baseball standings two games behind front-running Pearl River, head coach Brett Kimbrel’s EMCC Lions (19-14, 14-6 MACCC) are scheduled to continue play on the road by taking on Holmes in a Wednesday (April 20) doubleheader set to be played at Vicksburg’s Sports Force Park.