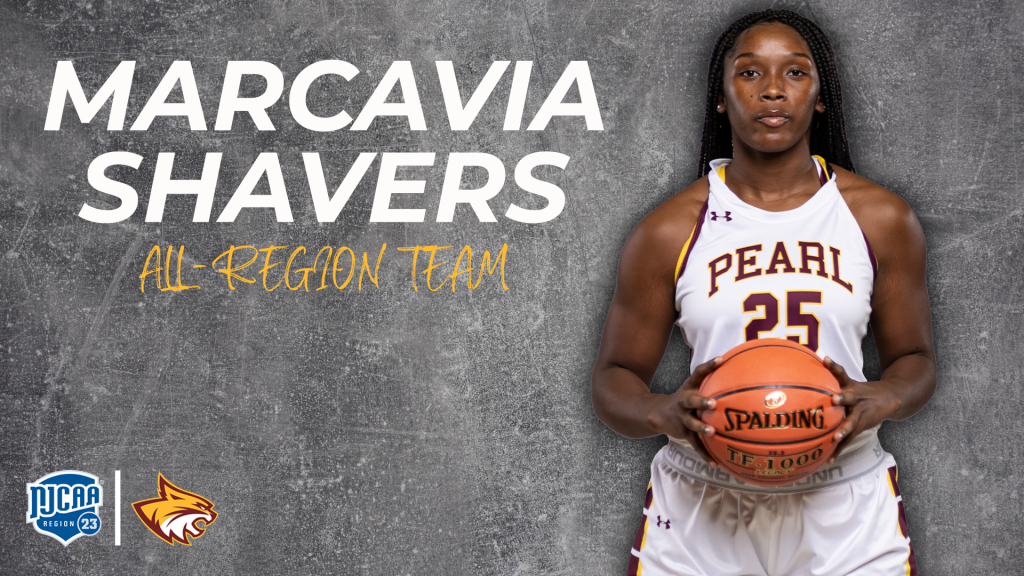 MARCAVIA SHAVERS
Shavers was an incredibly valuable player for the Wildcats in the 2021-22 season, scoring 8.7 points per game. Shavers was also incredible when shooting the basketball, holding a field-goal percentage of 56.5.

The forward was great on the glass as well, as she finished the year second on the team in rebounds per game with 6.8.

Shavers had several big games for the Wildcats this season but one of her biggest came in Pearl River’s Region 23 opening-round victory over Northeast. In the game, she had a double-double, finishing with 12 points and a game-high 11 rebounds. She also tallied an assist in the game.

HISTORIC YEAR
This season was historic for many reasons for the Pearl River women’s basketball team. The team rounded out the year with a 22-6 overall record and a 12-2 mark in MACCC play. The conference record gave the Wildcats the MACCC crown for the first time since 1994.

This season, Pearl River made its way into the NJCAA top-25, coming in at No. 22.

After a great regular season, PRCC continued its momentum with a great run in the Region 23 tournament, advancing to the Region 23 title game for the first time since 2003.