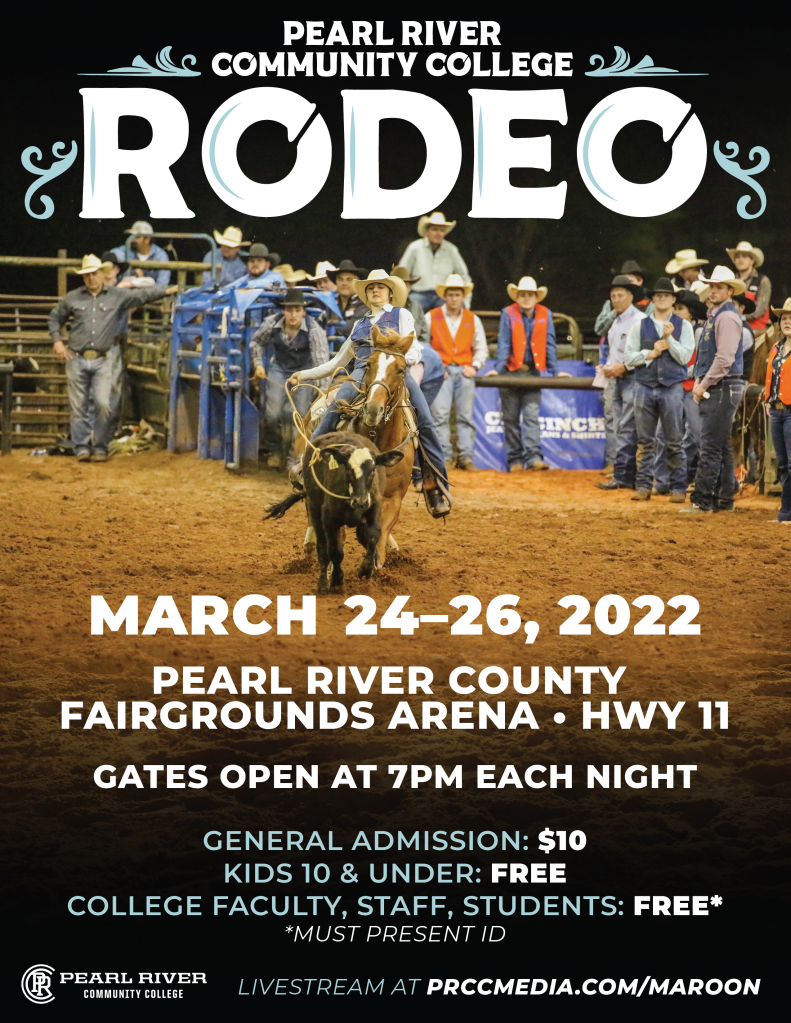 POPLARVILLE, Miss. — The rodeo is heading back to Poplarville. Pearl River Community College will host the annual event in Poplarville at the Pearl River County Fairgrounds Arena for the second consecutive year March 24-26. Gates open at 7 p.m. Tickets are $10 for general admission. Kids 10 and under get in free, as do PRCC faculty, staff and students with a valid school ID.

All three days will be livestreamed at PRCCMedia.com/maroon.

In addition to host Pearl River, some of the other schools participating in the rodeo include UT-Martin, Missouri Valley, Southern Arkansas, West Alabama, Three Rivers, Northwest, East Mississippi, Murray State and more. Graves said the total contestants will eclipse 300.

Among several additions to this year’s lineup will be rodeo clown Dalton Morris.

The Pearl River Community College Rodeo will be PRCC’s second competition this semester. After a lengthy winter break, the Wildcats will re-enter the arena March 17-19 at EMCC’s rodeo.

Through five rodeos this year, Graves said he likes where his Wildcats are positioned overall.

“They did great the first semester. That’s a good foundation for the season,” Graves said. “If we can hold strong during the second semester we should have at least two or three girls who go on to nationals.

“I’m pretty pleased with how things have gone in just my second year.”