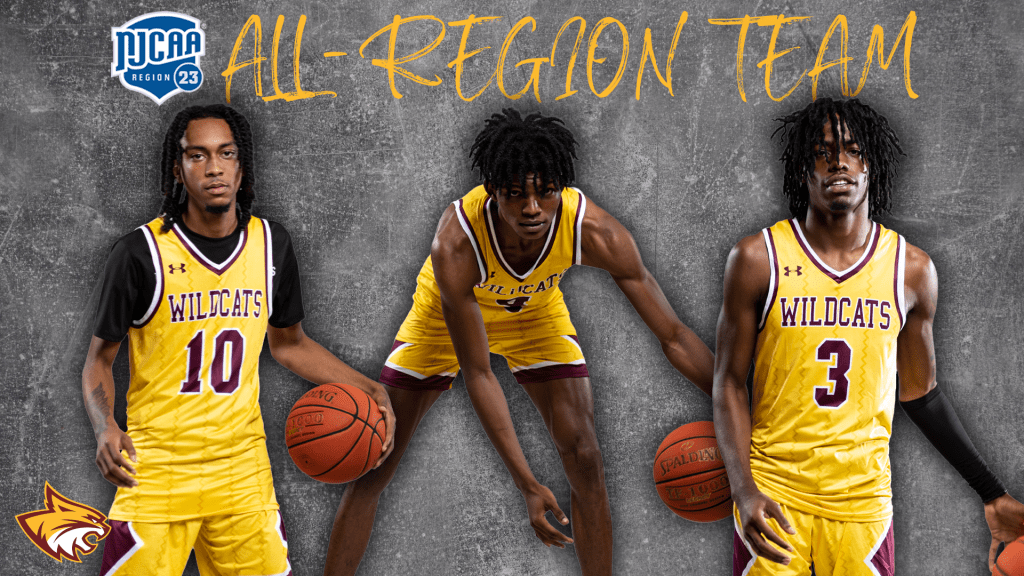 CAMERON BROWN
Brown was second on the team in scoring at the conclusion of the season, scoring 10.8 points per game. Brown was also good on the boards, pulling in 3.4 rebounds per game. He also averaged 1.8 assists per game.

The guard’s best game of the season came in an 80-70 overtime victory over Northeast. In the contest, he tied his season-high in points with 19. He also had five rebounds and four assists in the game.

This is the second honor this offseason for the guard as he was named Second Team All-MACCC a few weeks back.

EARL SMITH, JR
Smith averaged 6.9 points throughout the 2021-22 campaign but was involved in making baskets happen all season long, finishing the year with a stellar 4.6 apg. He also brought in 3.9 rpg. Smith was also one of the best defensive players in the conference this season.

His best all-around game of the year came when the Wildcats defeated Southwest 79-62. He scored 20 points on 5-for-7 shooting from the field and 7-for-9 shooting at the free-throw line. He also dished out five assists and hauled in four rebounds in the game.

The forward had a number of big games for Pearl River during the season, but no performance was bigger than his double-double in the Region 23 Championship game against Meridian. In the 69-57 win, Wilkens was nearly perfect from the field, shooting 10-for-11 with 20 points. He dominated rebounding with a game-high 11 rebounds. In addition to his scoring, he assisted on four baskets.

Like Brown, Wilkens was honored by the MACCC this offseason, landing on the First Team All-MACCC list.

INCREDIBLE SEASON
The Wildcats had yet another successful season under the guidance of head coach Chris Oney. The Wildcats finished the year with a 24-4 record and a perfect 14-0 mark in conference play. Their conference record resulted in an MACCC regular-season title. Pearl River then cruised through the Region 23 tournament to clinch the championship for the third time in four seasons, earning a berth in the NJCAA Tournament.