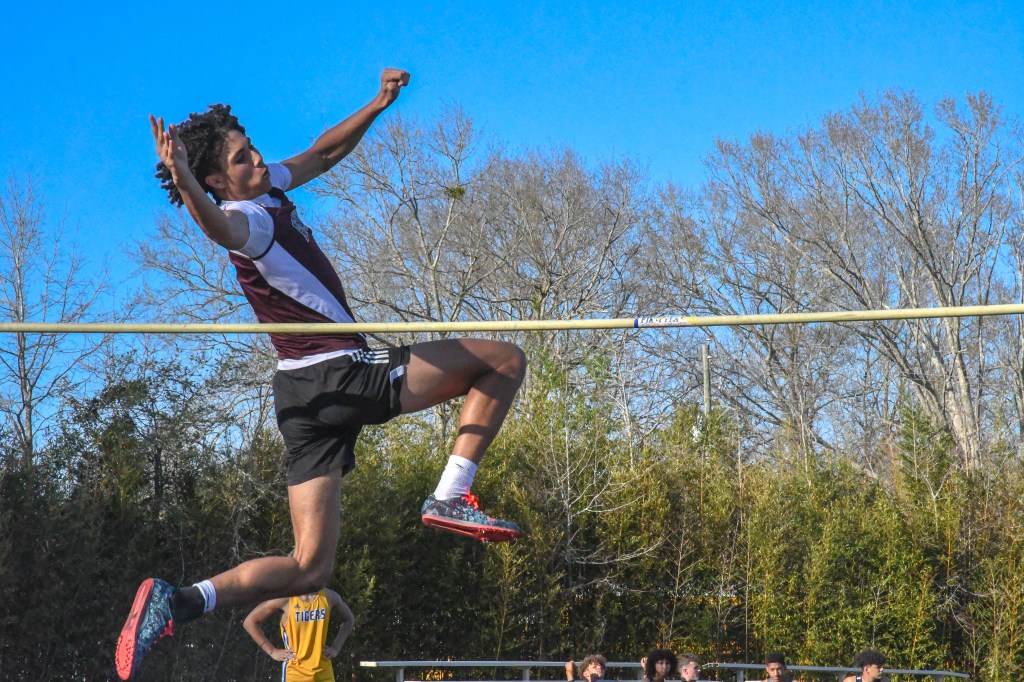 Isaac Brice jumps over the 6’4 pole for first place in the Picayune Memorial work meet day on Thursday.

The next meet will be on Thursday the 17th at West Harrison high school.