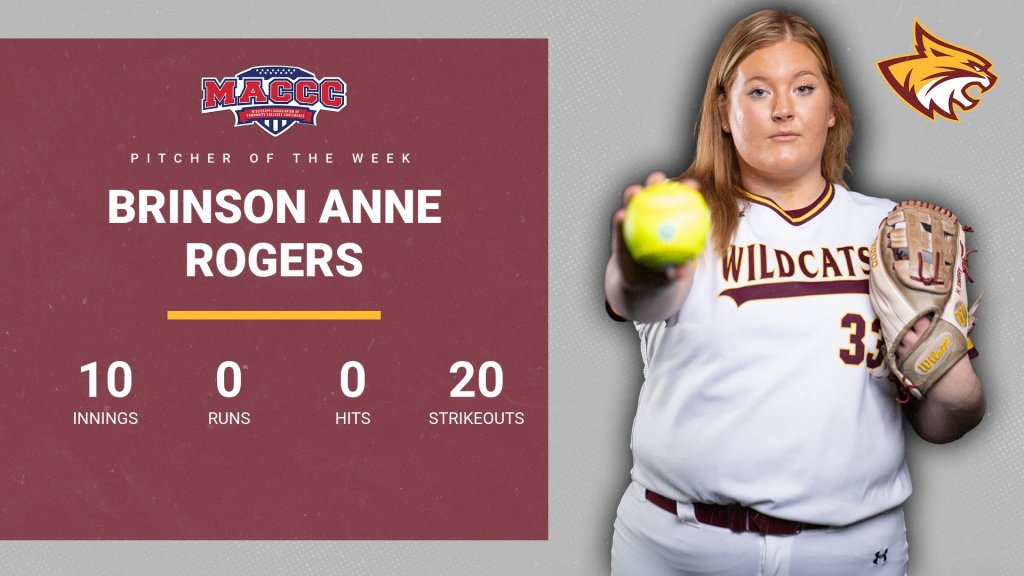 POPLARVILLE, Miss. — After yet another incredible week in the circle for the No. 8 Pearl River softball team, Brinson Anne Rogers (Statesboro, Ga.) has been named the Mississippi Association of Community Colleges Conference Pitcher of the Week.

The honor is Rogers’ second of the season. She also took home the Forrest General Wildcats of the Week award one day ago.

The right-hander captured the award after being unhittable last week in starts against East Central and Coahoma. Against East Central, Rogers threw an eight-inning, 15 strikeout no-hitter. She allowed just two baserunners in the contest, hitting one batter and walking another. She did not give up any runs in the start. She pitched just two innings against Coahoma but continued her dominance, striking out five batters and allowing no hits.

She has now gone 17 innings without allowing a hit as she no-hit rival and then No. 3 Jones College less than two weeks ago.

Rogers has proved to be one of the best pitchers in the NJCAA as her name is scattered throughout the leaderboards. She currently ranks second in strikeouts with 150 but has pitched 36 2/3 innings less than the player in first place. Her 14 strikeouts per seven innings place her first in the NJCAA. Her 1.12 ERA places her sixth among those with at least 10 appearances this season. Rogers’ seven complete games rank 17th.