No. 3 Pearl River topples No. 1 LSU Eunice on road trip 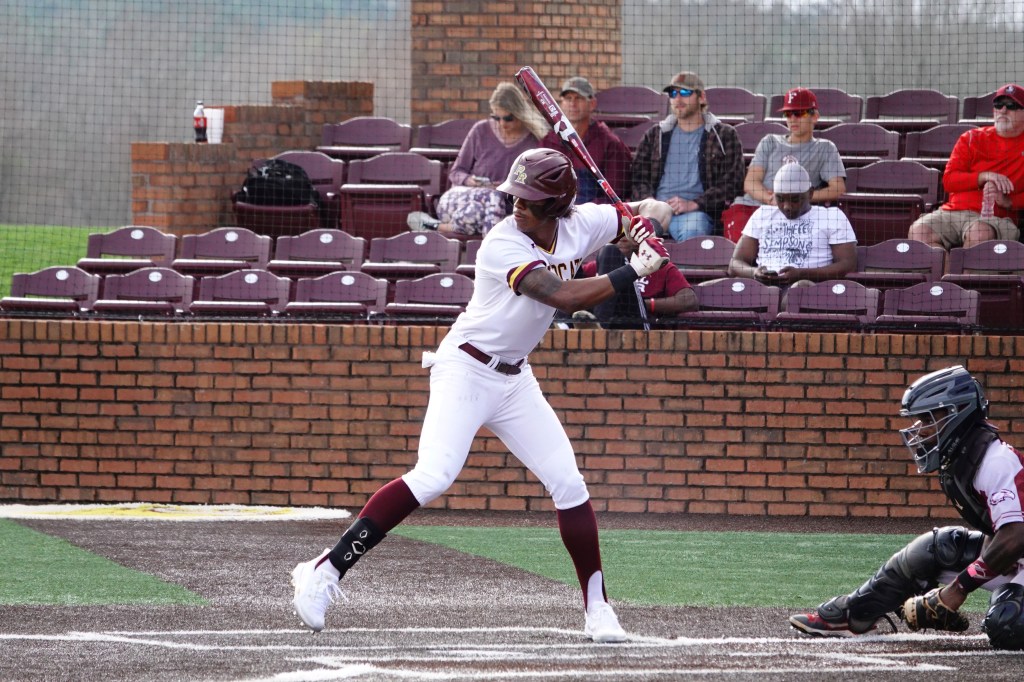 BATON ROUGE, La. — The No. 3 Pearl River baseball team had a mixed bag of results in Friday’s doubleheader against No. 1 LSU Eunice and Baton Rouge. The Wildcats earned an emotional 10-5 victory over the Bengals in the first game of the day before Baton Rouge scored three ninth inning runs to take down PRCC 9-8 in the nightcap.

Sophomore Sam Hill (Soso; West Jones) took the mound first for the Wildcats and worked around a walk to retire the Bengals in the top of the first.

It was Pearl River who struck first in the game, grabbing a 2-0 lead in the bottom half of the inning. Gabe Broadus(Wilmer, Ala.; Faith Academy) fouled off five pitches before lacing a double into right field. A six-pitch at-bat for Tate Parker (Gulfport; West Harrison) ended in an RBI single. The Wildcats loaded the bases soon after as Alex Perry(McComb; North Pike) singled and Logan Walters (Petal) was hit by a pitch. D.K. Donaldson (Gulfport; West Harrison) then stepped up to the plate. The first baseman took the first pitch he saw and then collected an RBI as he was plunked with a pitch.

The No. 1 ranked Bengals stormed back in the top of the second, drilling a 3-run homer and bringing another run home on a fielder’s choice to go ahead 4-2.

Pearl River battled back to even things up a half-inning later, 4-4. Broadus got into scoring position with his second double of the day before coming around to score on a Perry single. Three pitches into his at-bat, Matt Mercer (Richton; Petal) tucked a ball down the third base line for an RBI double.

Turner Swistak (Hattiesburg; Oak Grove) made his second relief appearance of the year in the bottom of the third and quickly made his presence felt, retiring the side on nine pitches.

The Wildcats retook the lead 5-4 in the third inning. PRCC was able to load up the bases and then a 1-1 pitch ran a little too far inside and plunked Parker to bring home a runner.

Parker struck once again in the bottom half of the fifth as he smacked the first pitch that he saw off the bottom of the center field wall for a two-run double to put Pearl River on top 7-4.

Swistak built on his incredible relief outing in the top of the sixth as he struck out the side on 13 pitches.

Louisiana native Ian Montz (Lafayette, La.; Acadiana) was enjoying being back in the Pelican State as he tallied his third hit of the game in the bottom half of the inning to extend the Pearl River lead out to 8-4.

With two outs in the seventh inning, the Wildcats took a 9-4 lead as Blake Hooks (Petal) collected his first RBI of the year with a single.

The eighth inning saw the Bengals get back into the run column for the first time in five innings, hitting a solo homer to cut the deficit to four runs at 9-5.

In the bottom half of the inning, Gabe Broadus was standing at third base and Parker was at first. Parker took off for second base, drawing a throw from the pitcher who sailed it over the second baseman’s head and allowed Broadus to make the score 10-5.

Tolbert threw the final two innings of the game, allowing one hit, one run and one walk while striking out a batter.

Parker was the leader at the plate, going 4-for-5 with four RBIs. Montz was second on the team in hits, collecting three. Broadus, Perry and Woodcock rounded out those with multiple hits, tallying two each.

PRCC went quiet again in the top of the fifth and BRCC added an insurance run in the bottom half of the inning, scoring on a passed ball to make the score 6-0.

Pearl River was finally able to get a number in the run column in the sixth inning, cutting the deficit to four runs at 6-2. Broadus led off the inning with a single before Parker smacked a ball off the outfield wall for an RBI triple. Walters then stepped to the plate and hit the 2-1 pitch past the third baseman to bring home Parker.

The Wildcats had one of their best innings of the season in the top of the seventh, plating six runs to take an 8-6 lead. Mercer opened the inning with a double and Ryan Burt (Columbus; New Hope) tucked a ball down the first base line for a double to bring home the first run. After a Broadus walk, Parker grounded into a fielder’s choice that scored Burt. Alex Perry then reached base after his fly ball into shallow right field was misplayed by the Baton Rouge outfielder. Walters then tied the game up by lining a ball into centerfield for a two-run double. Montz continued his monster day right after, hitting a ball that was a few feet short of being a homer for an RBI double. Donaldson then joined in on the hit parade with an RBI double of his own to cap the scoring in the inning.

Pearl River was unable to put the game away as the Bears battled back to tied the game 8-8 in the bottom of the ninth before winning the game 9-8 with a walk-off single.

Will Passeau (Mobile, Ala.; St. Pauls) pitched the first two innings of the night, allowing three unearned runs, two hits and two walks with one strikeout. Harper Jordan (Hattiesburg; Presbyterian Christian) then entered the game for an inning, allowing one hit and striking out one batter. Dawson Strong (Bay St. Louis; St. Stanislaus) threw 2/3 of an inning giving up two runs and walking four batters. Parker Harrington (Hattiesburg; Oak Grove) got the final out of that inning, surrendering just one hit. Mason Smith (Laurel; Northeast Jones) allowed one unearned run and struck out two in an inning of relief. Hooks struck out two batters in an inning of work. Right-hander Jordan Belsome (Poplarville) threw an inning, walking one. Landen Payne (Ocean Springs; St. Martin) threw 2/3 of an inning, walking one batter, giving up four hits and allowing three runs.

Walters led the way at the plate with three hits and three RBIs. Broadus, Parker and Montz all tallied two hits in the game.

UP NEXT
The Wildcats turn their attention back to conference play as East Central comes to the dub for a 3 p.m. first pitch Wednesday.